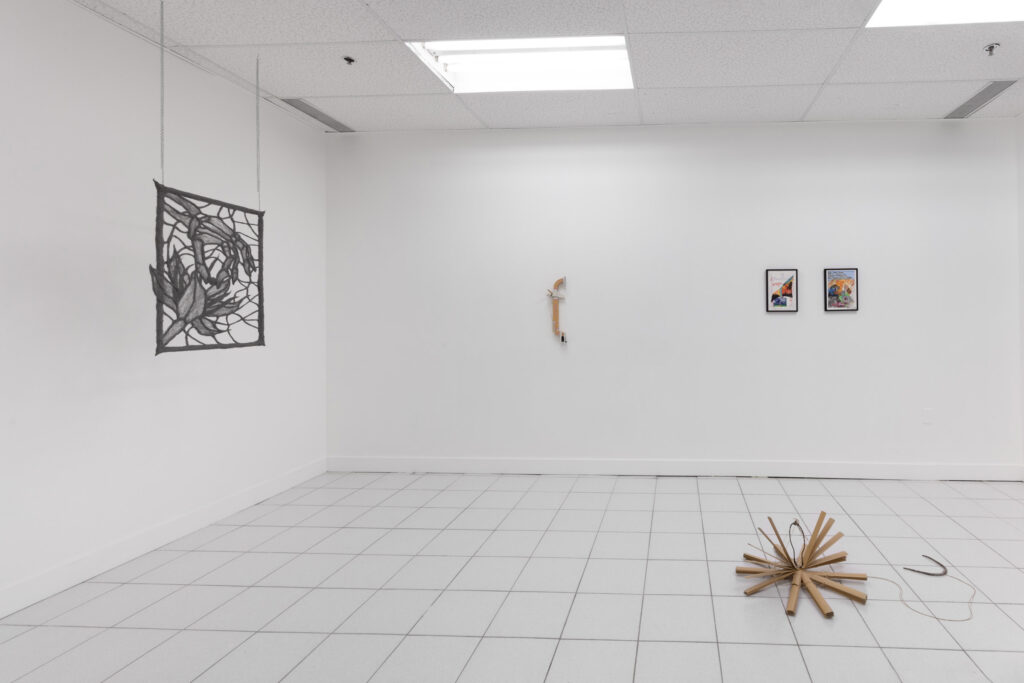 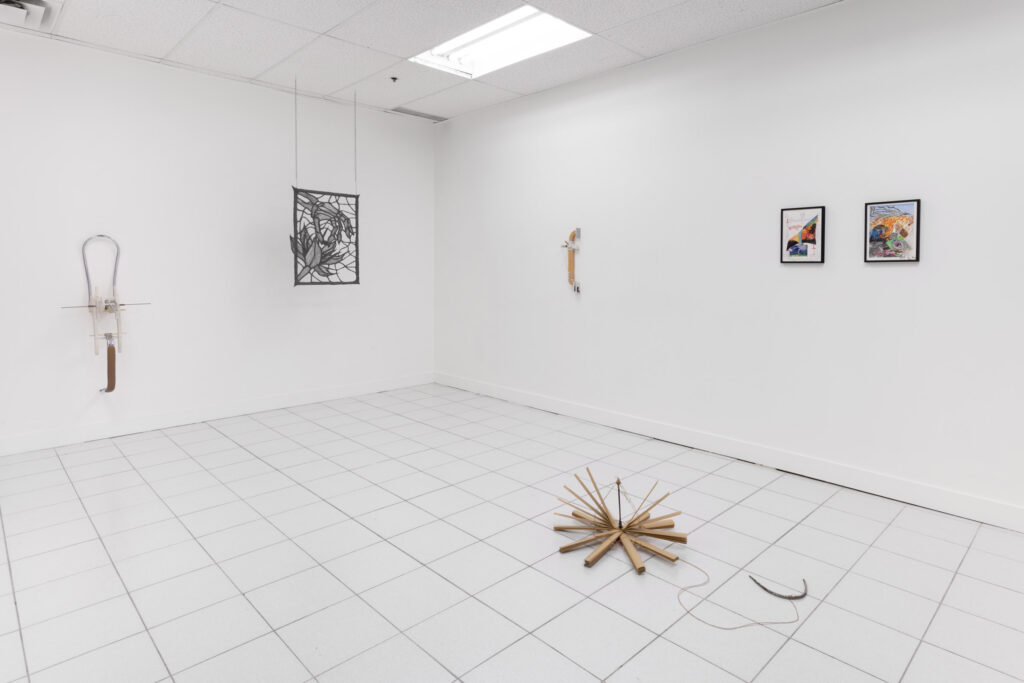 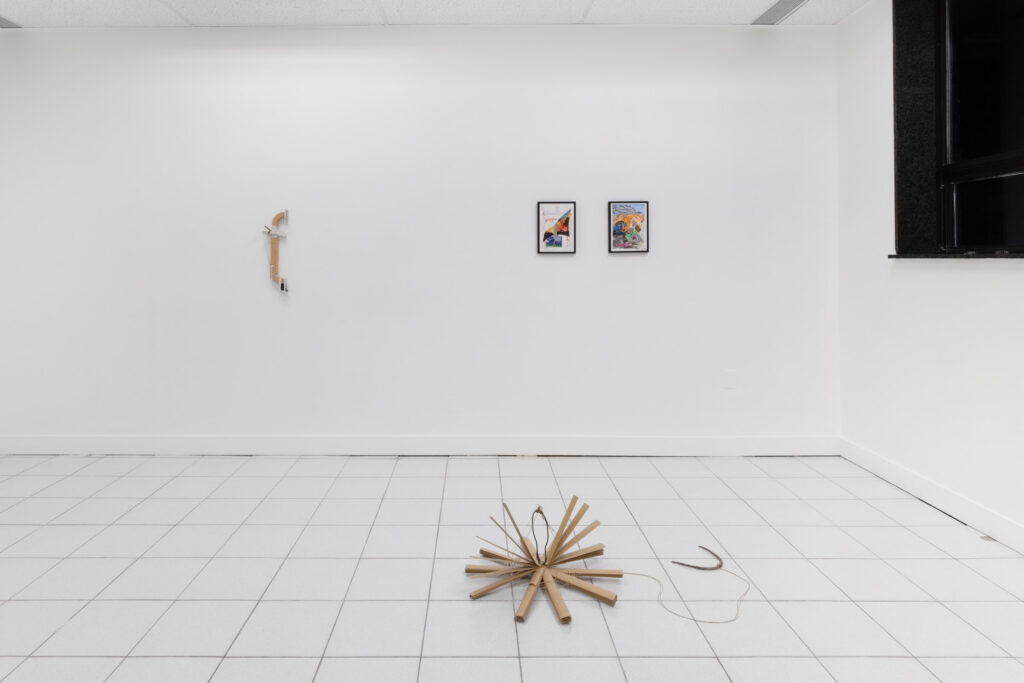 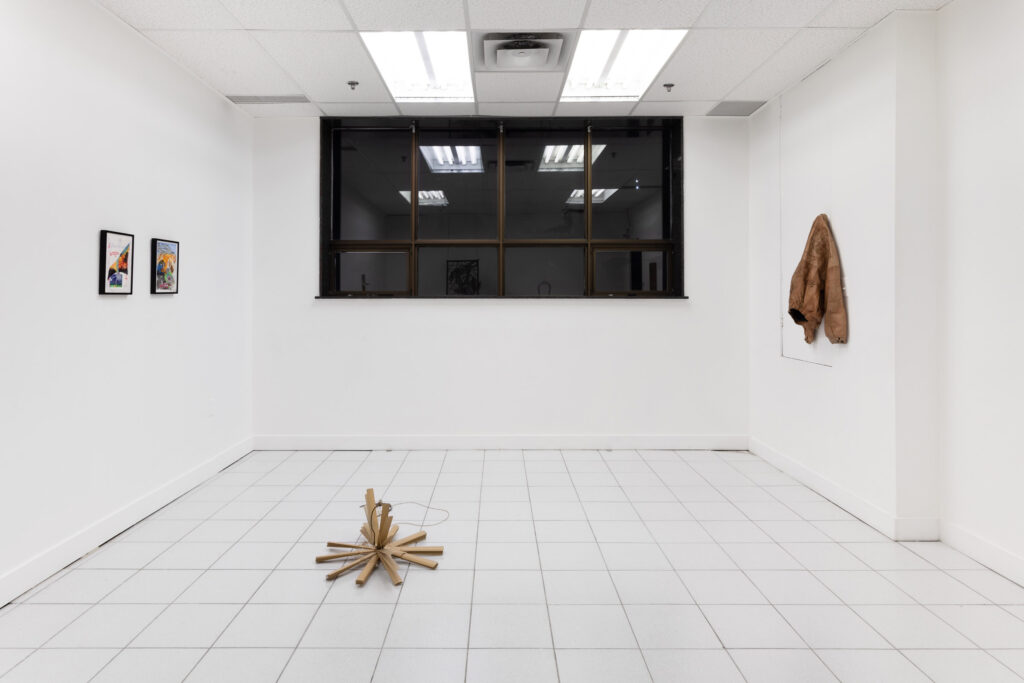 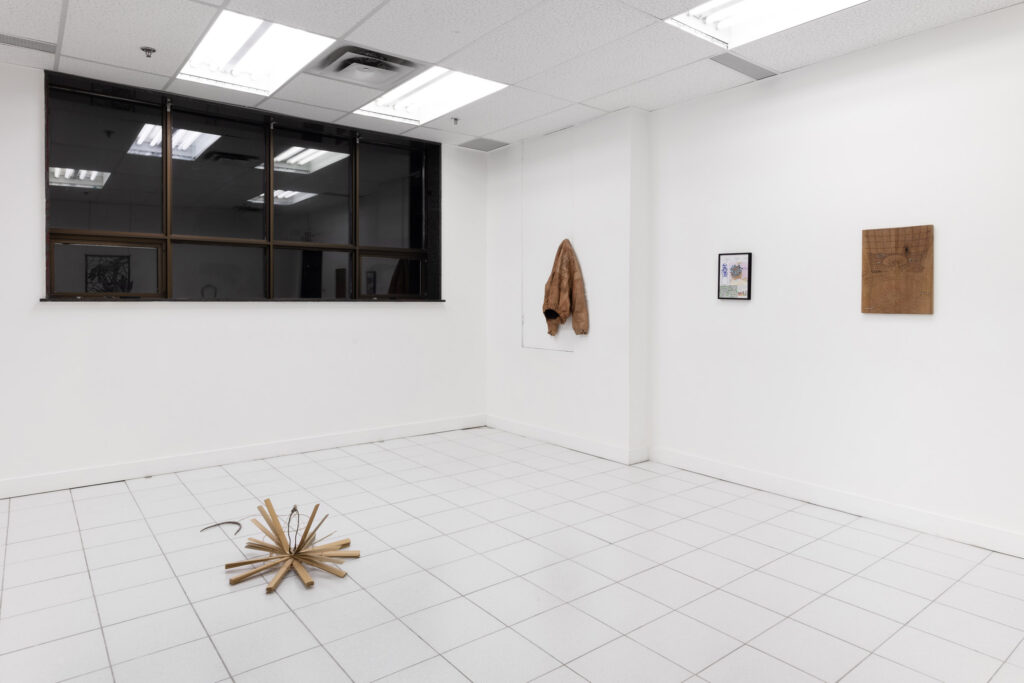 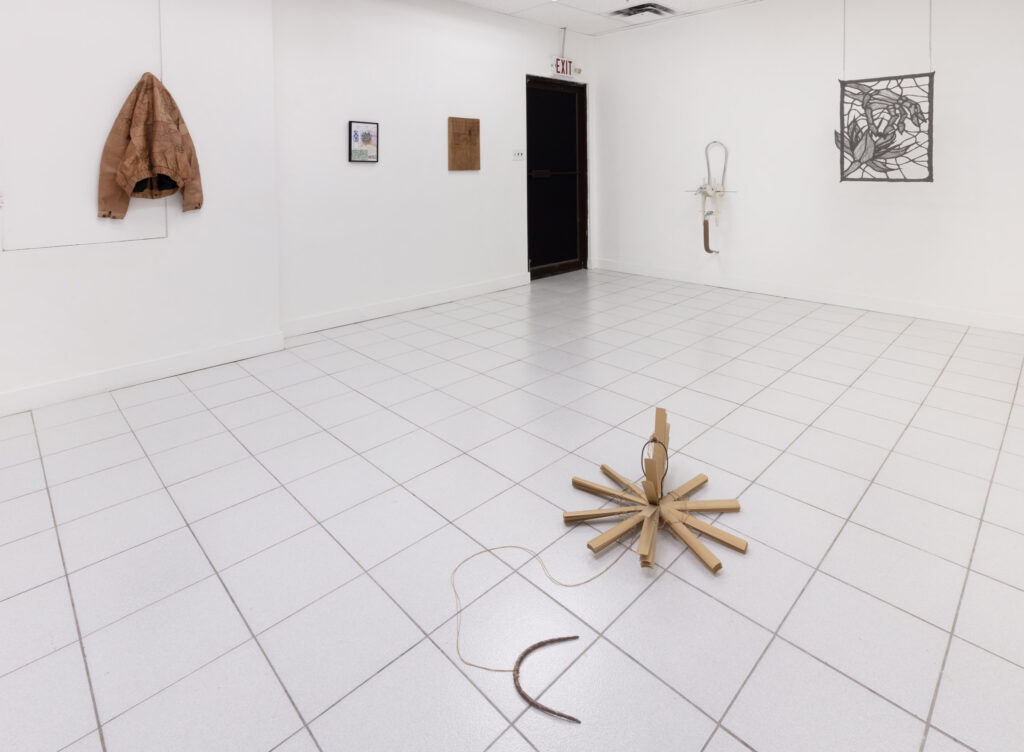 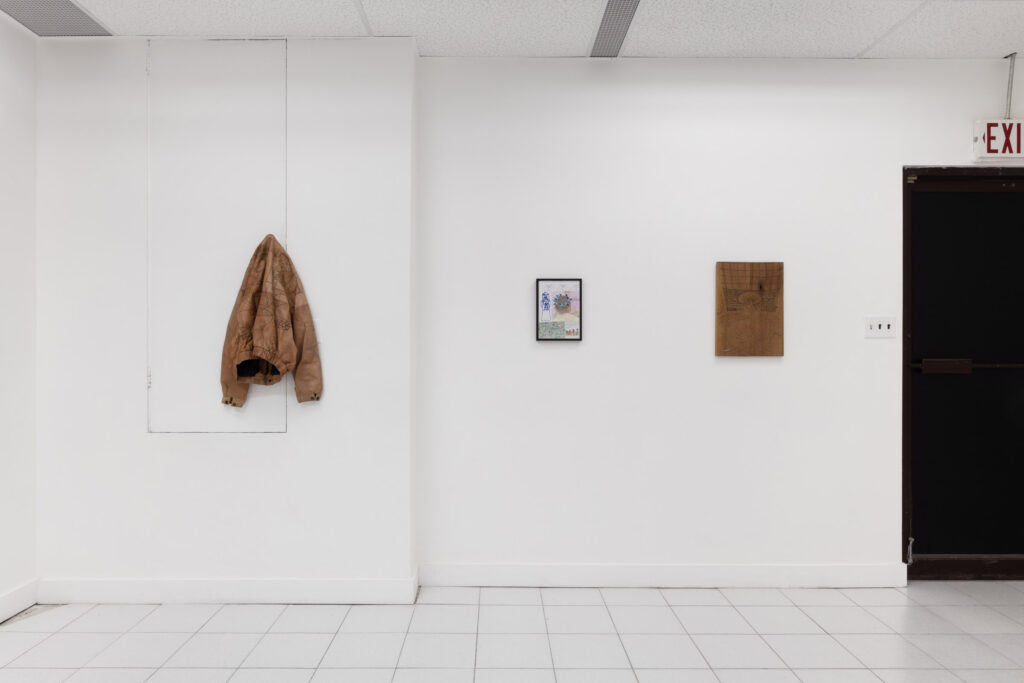 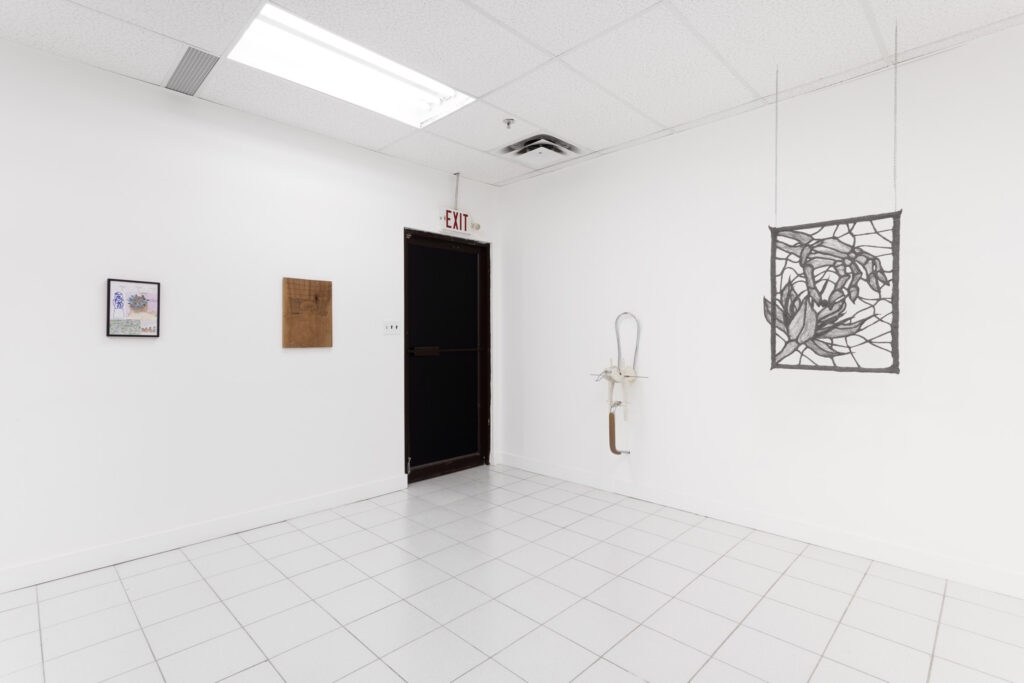 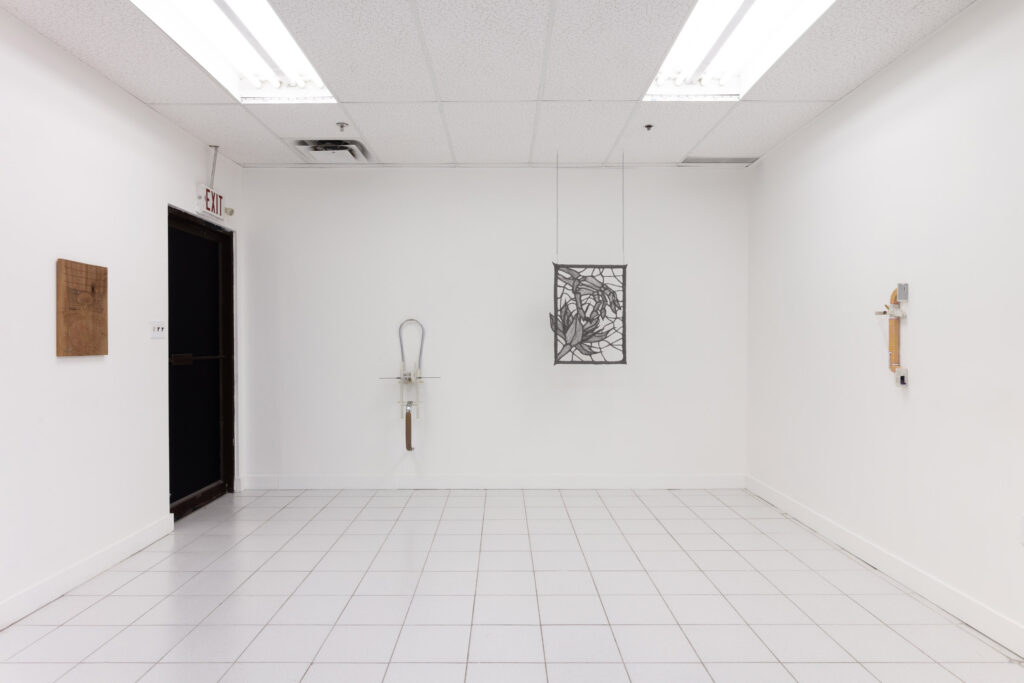 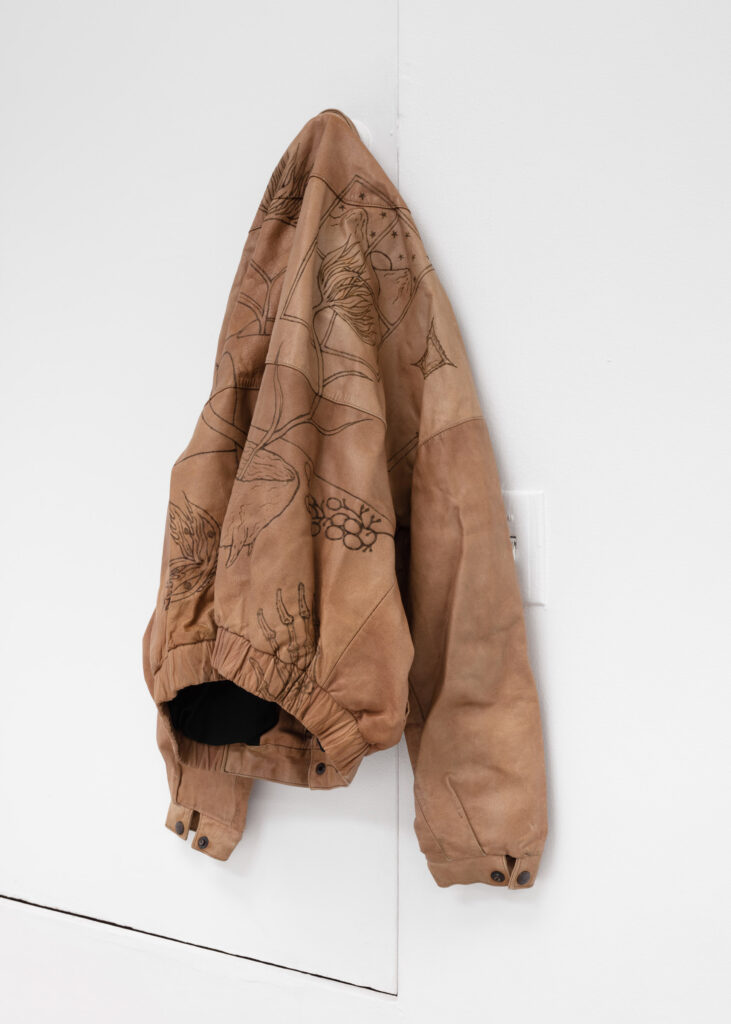 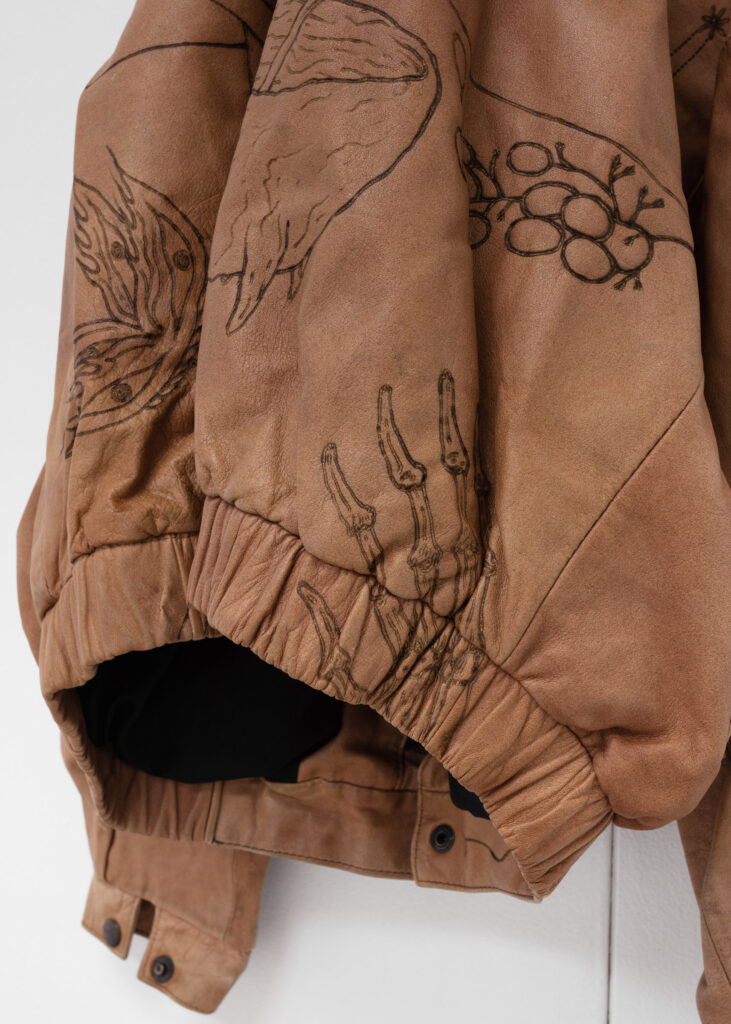 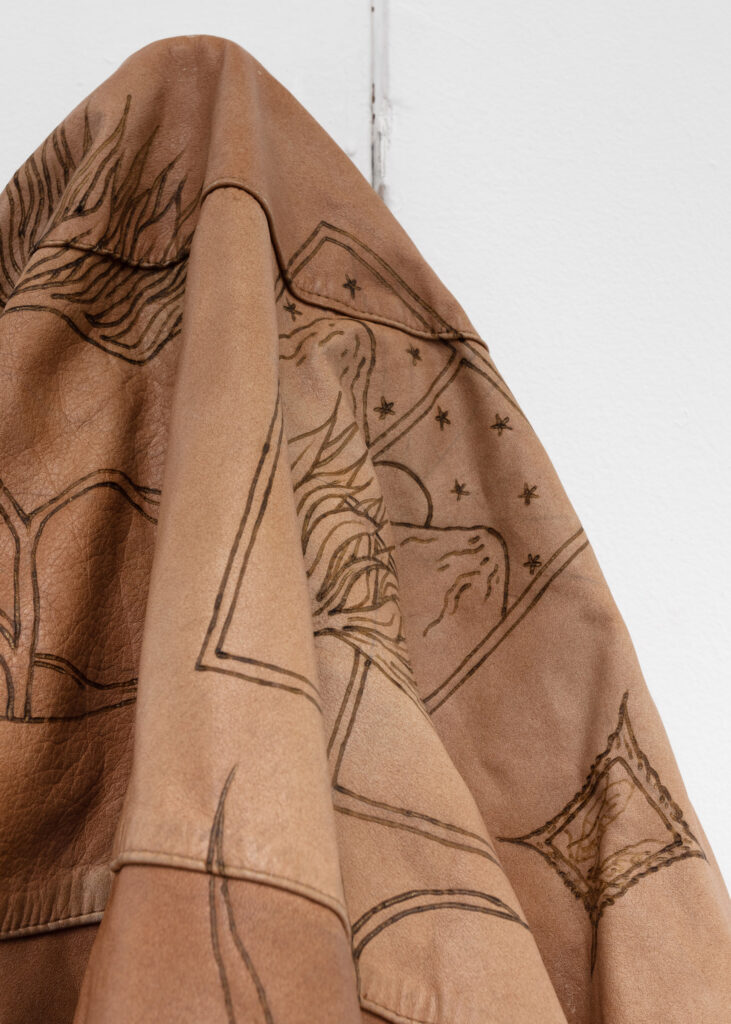 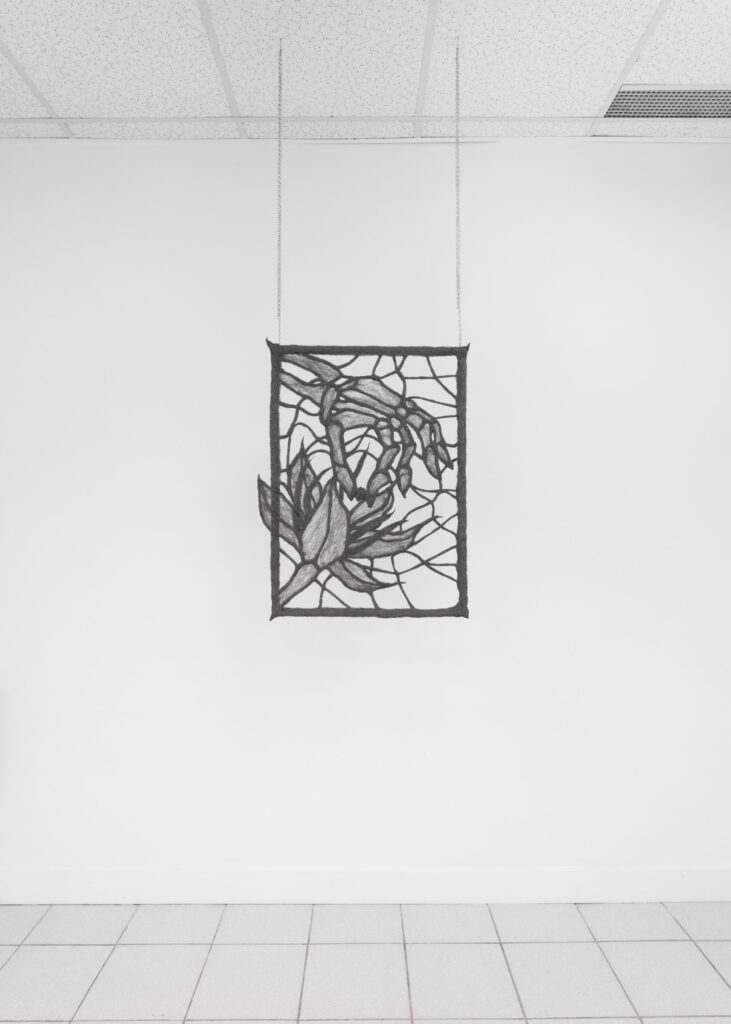 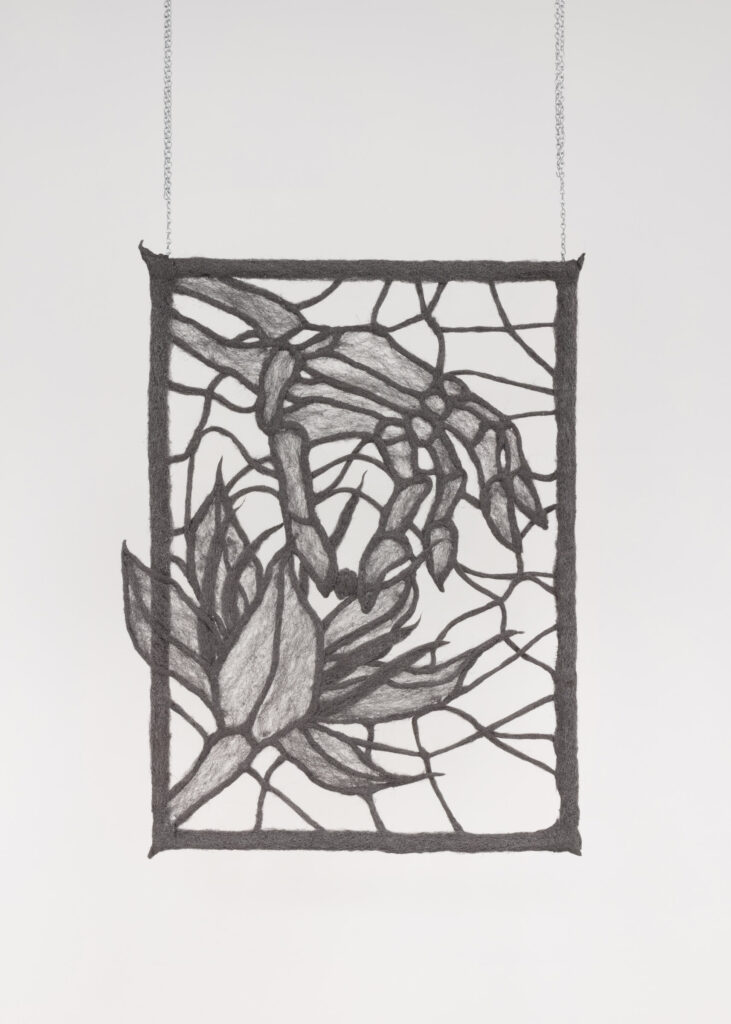 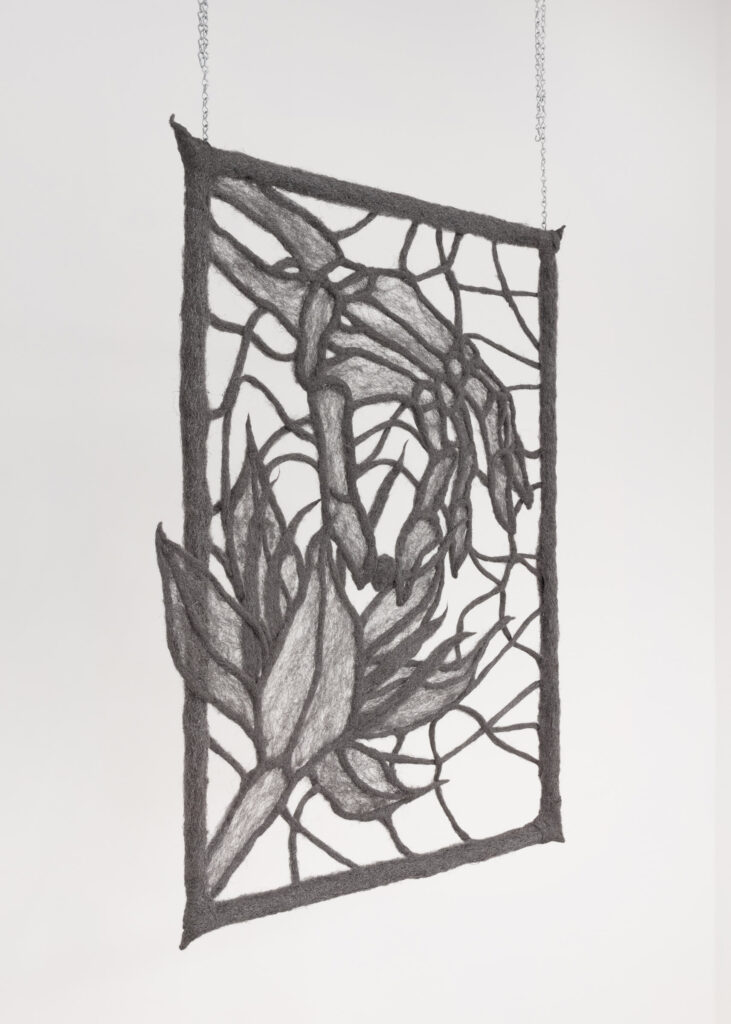 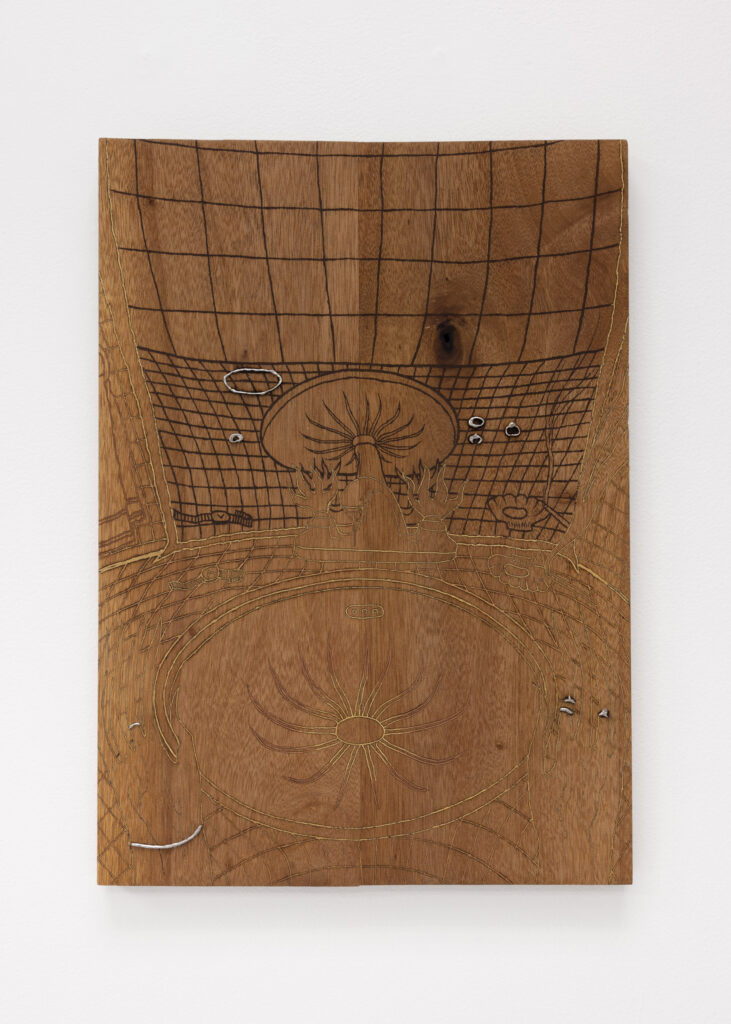 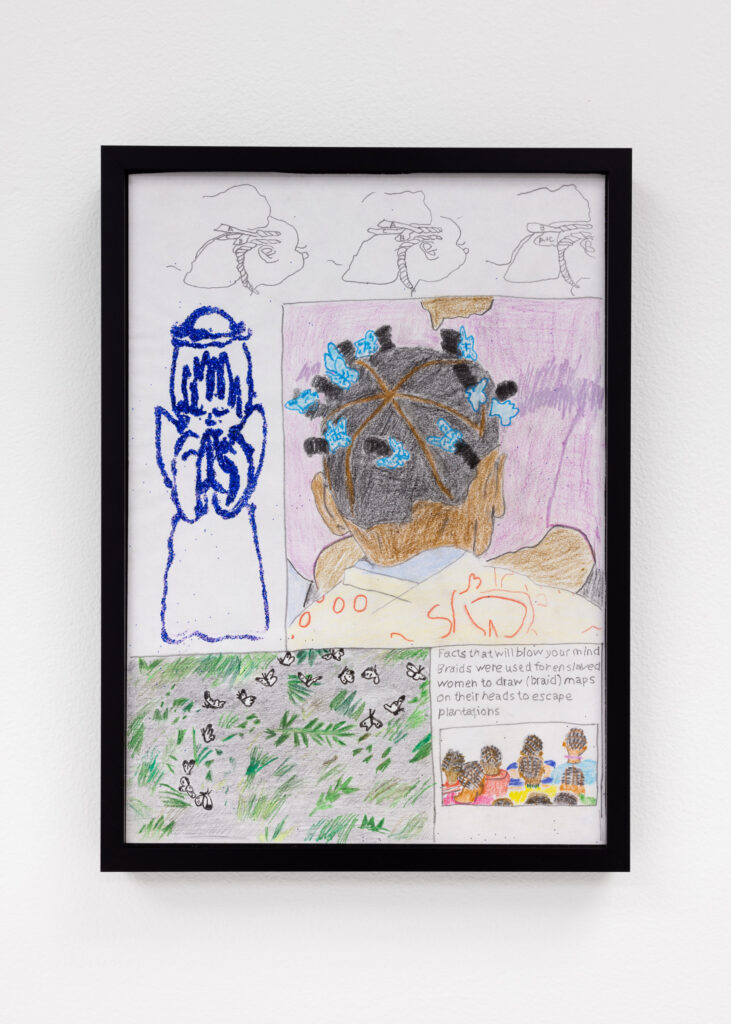 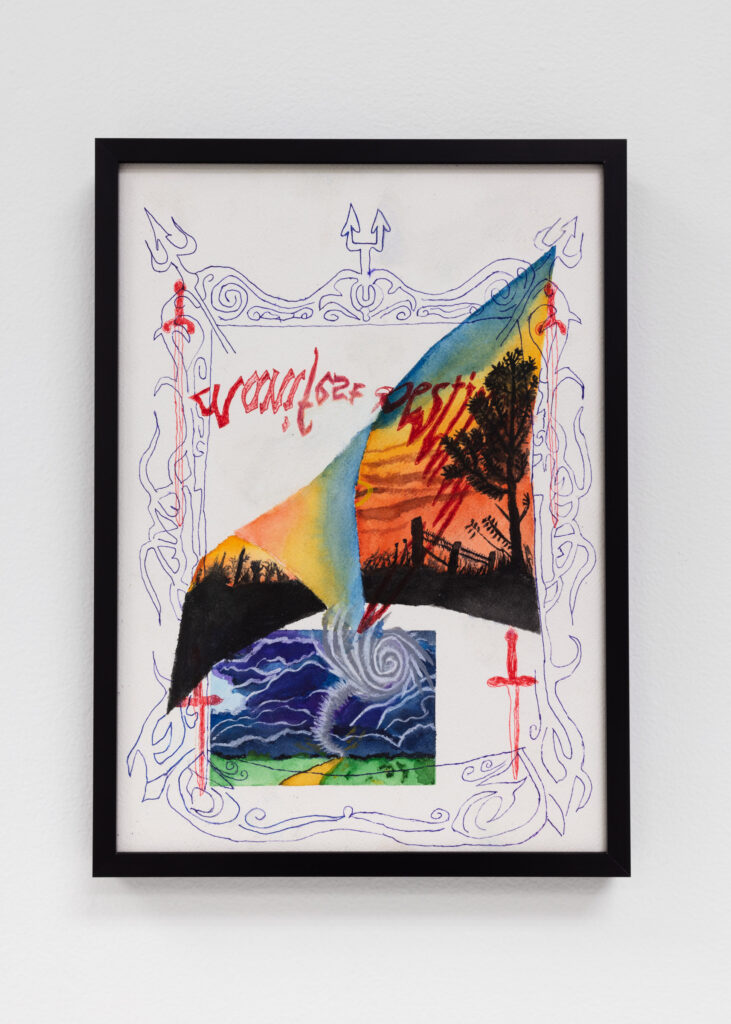 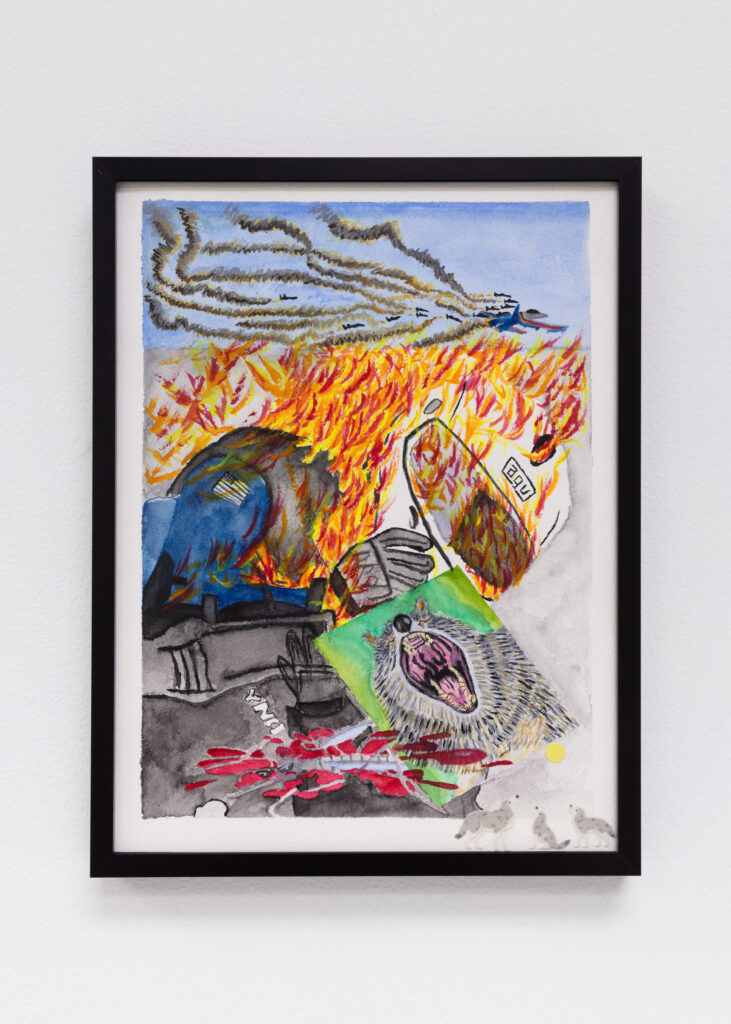 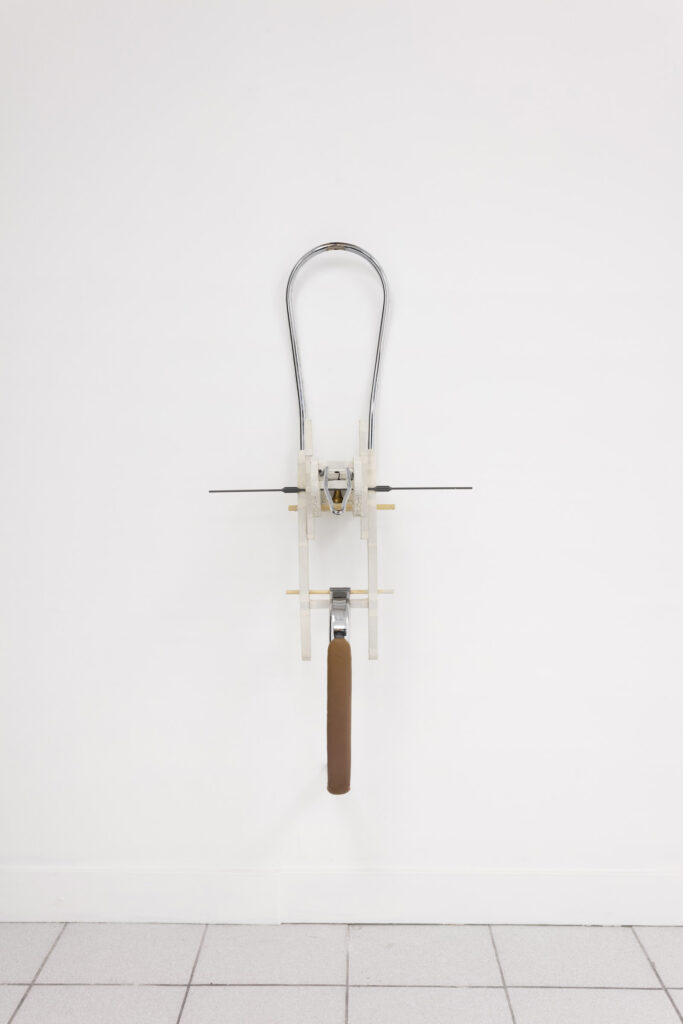 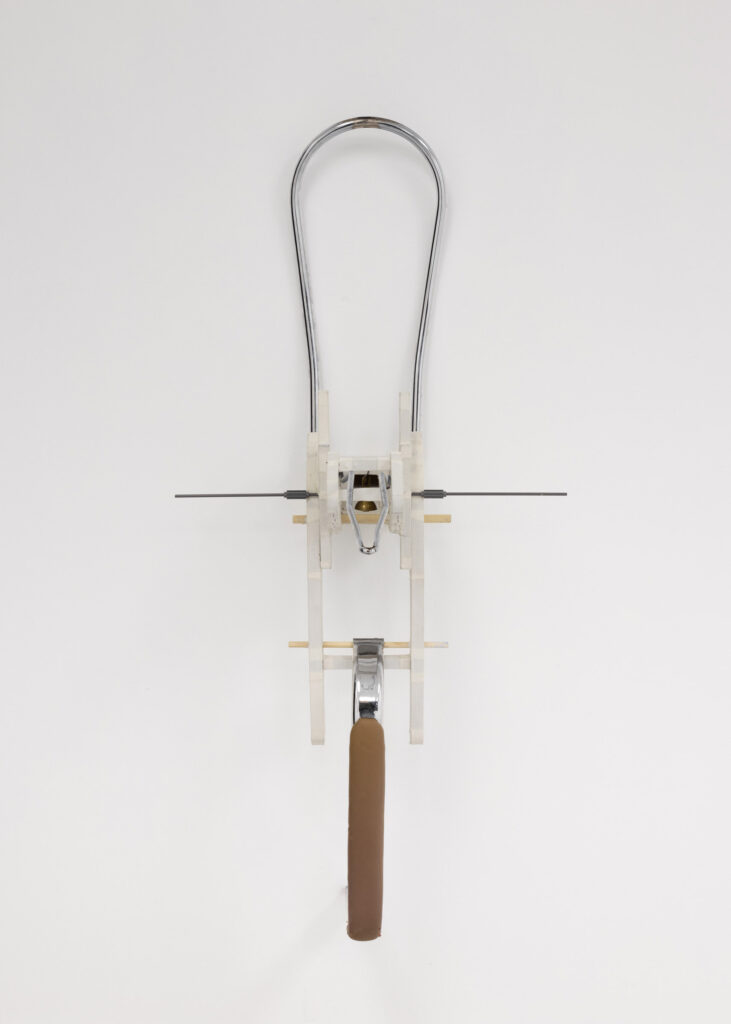 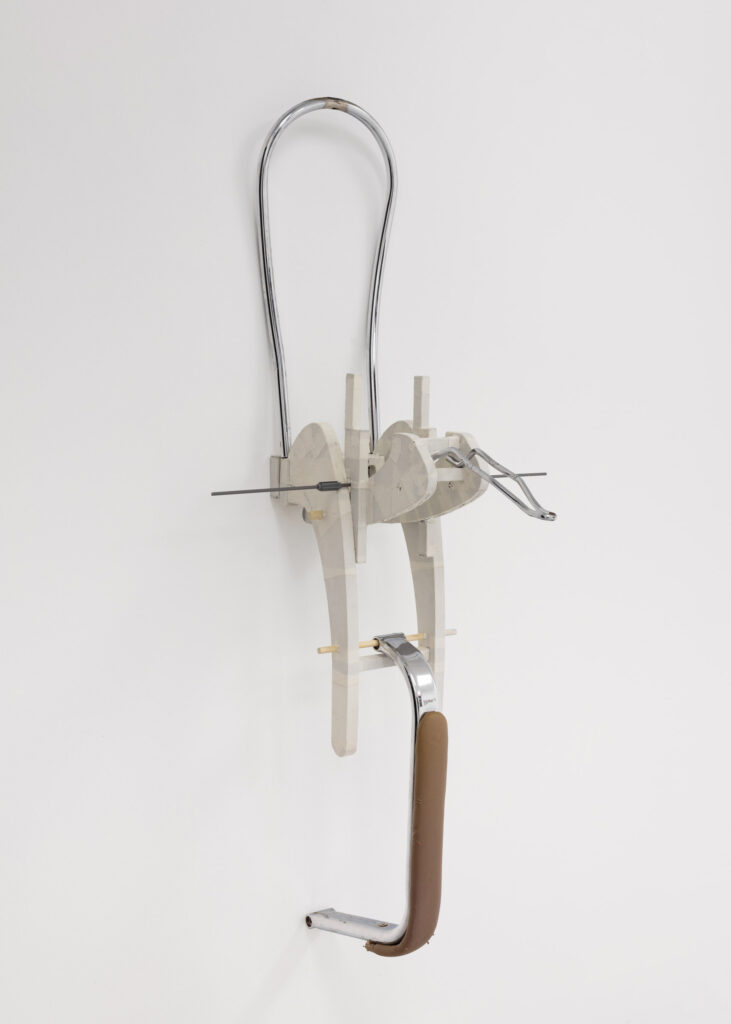 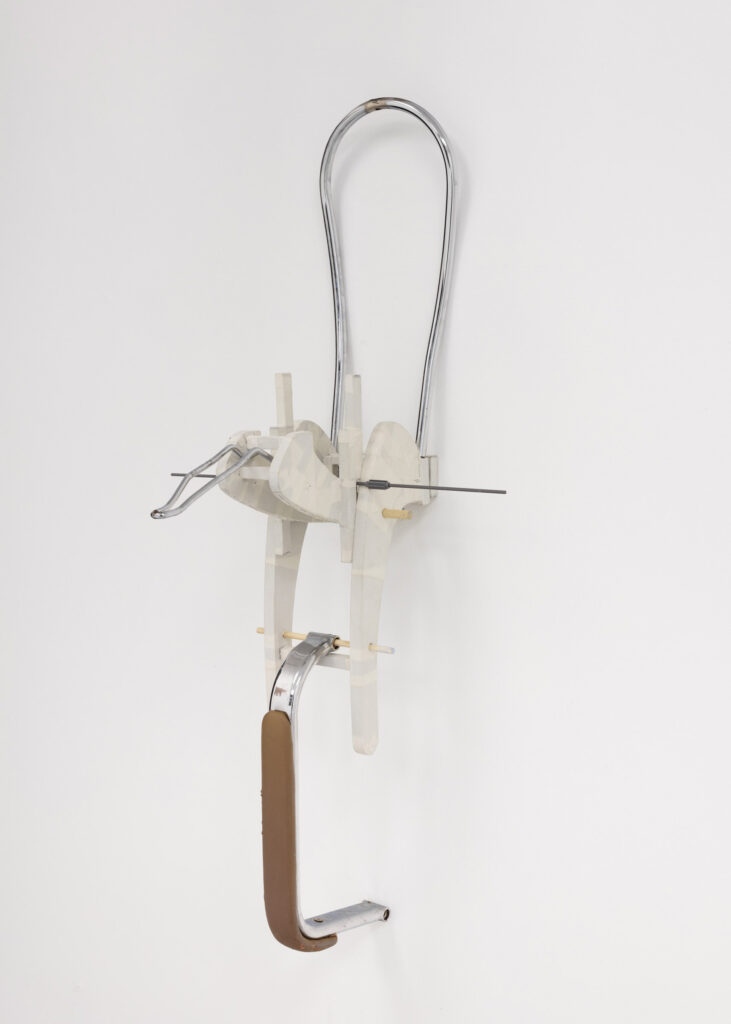 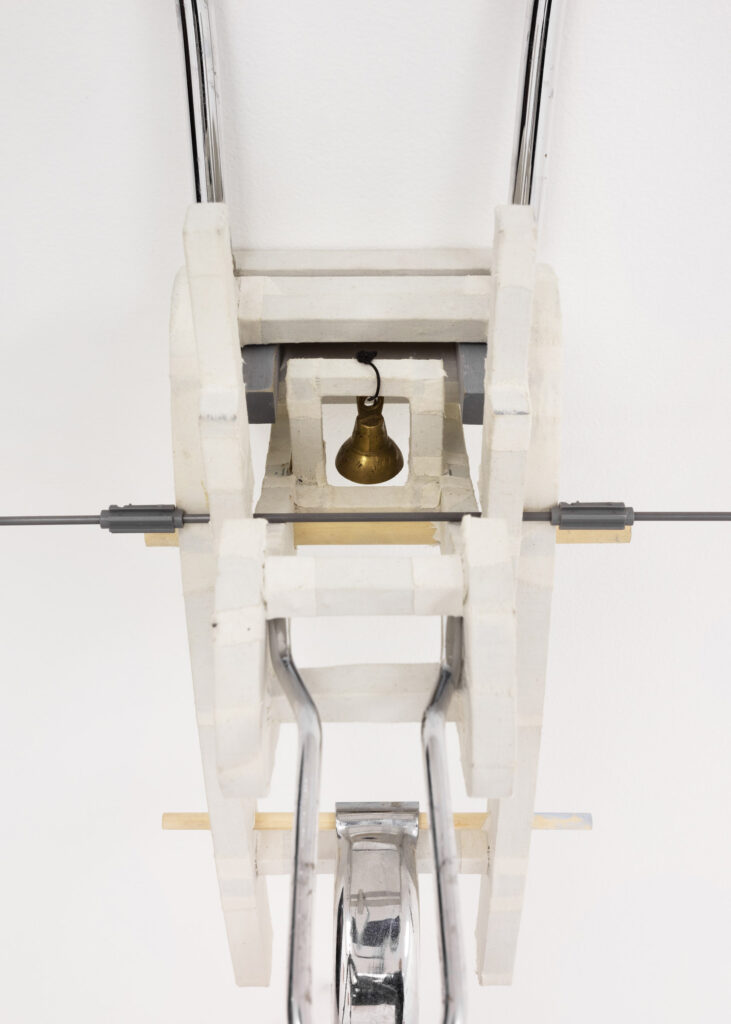 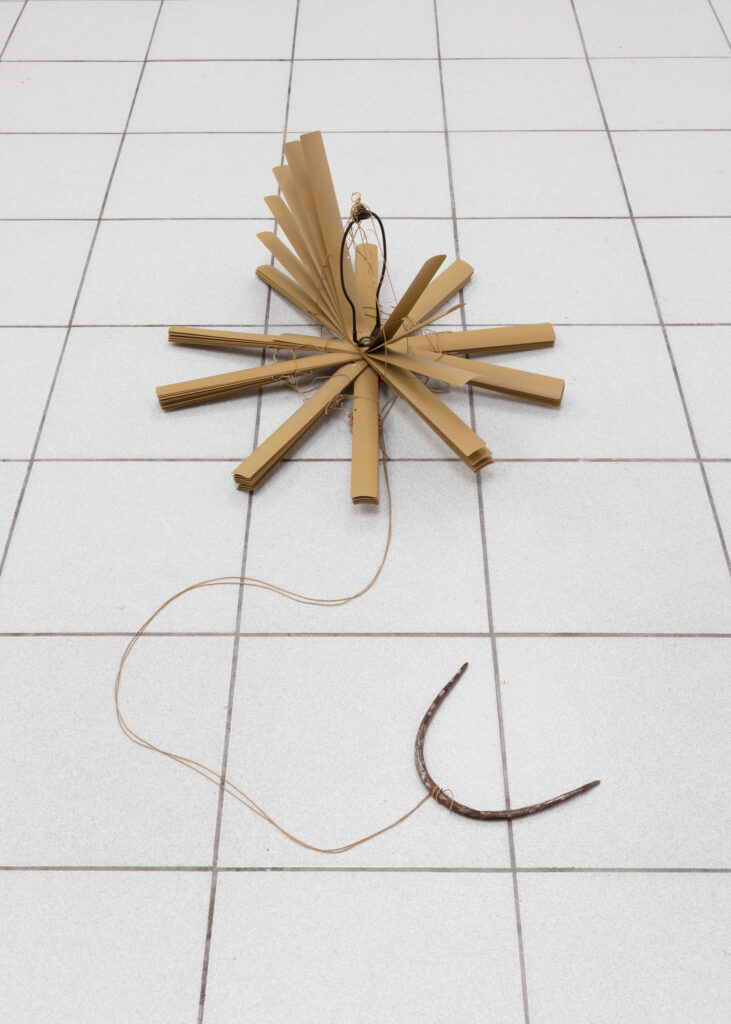 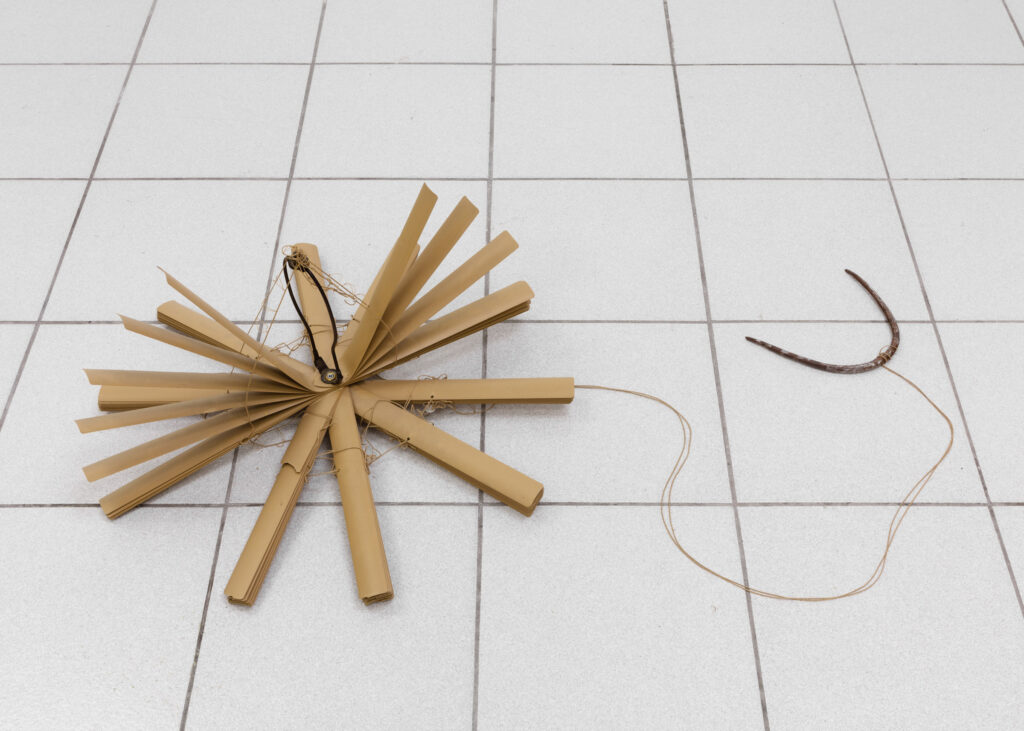 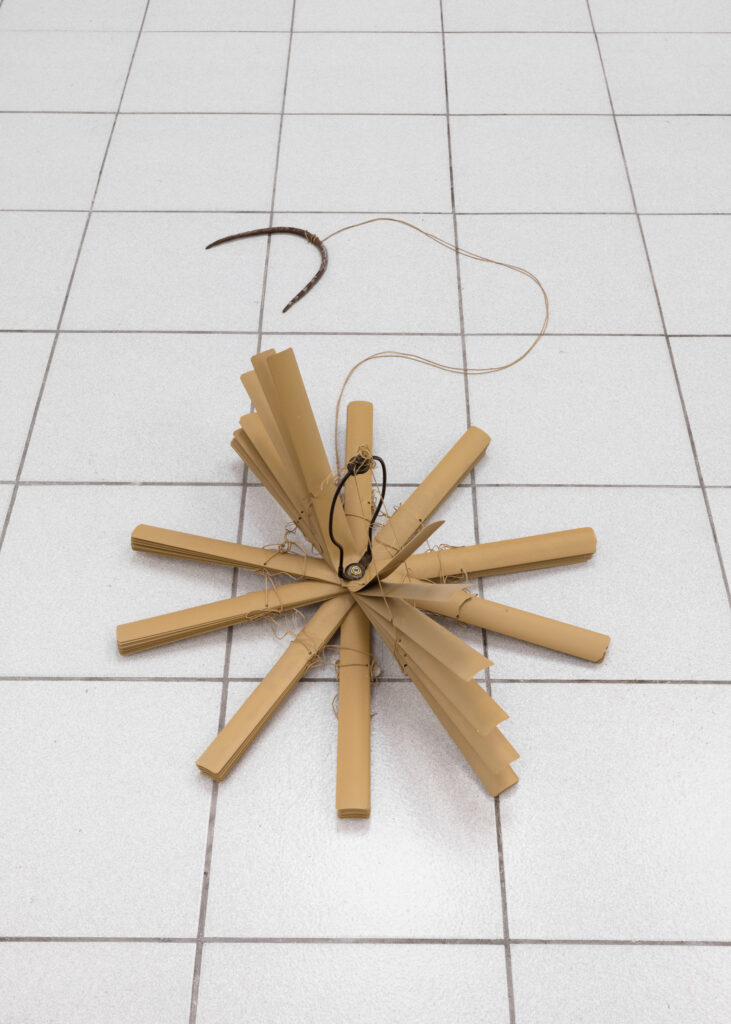 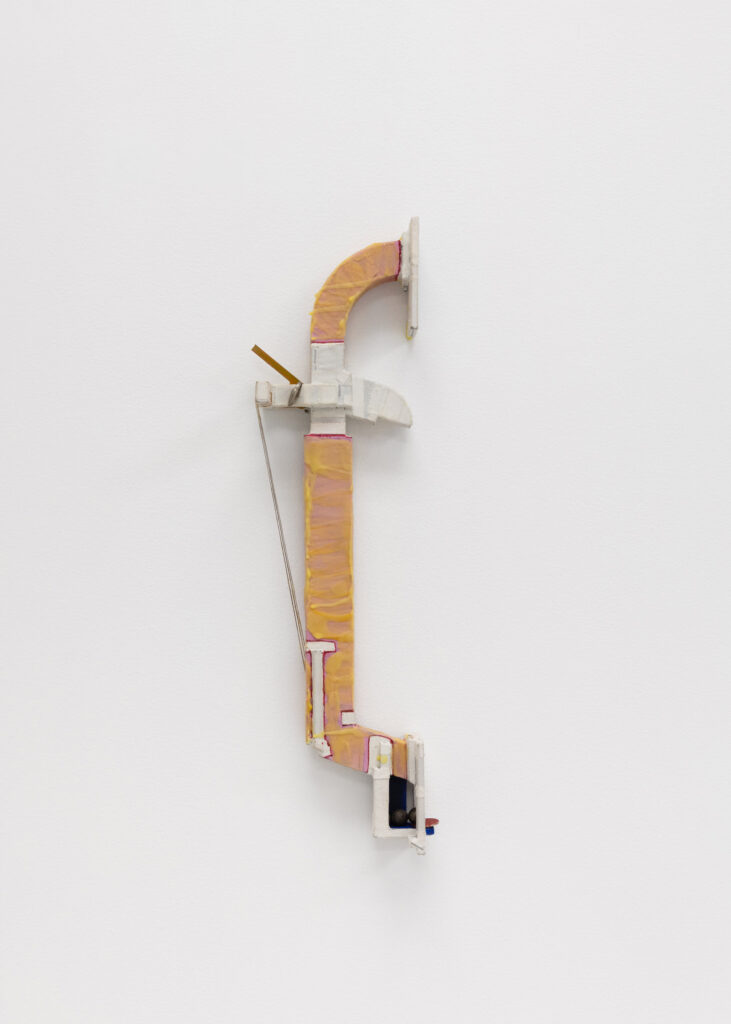 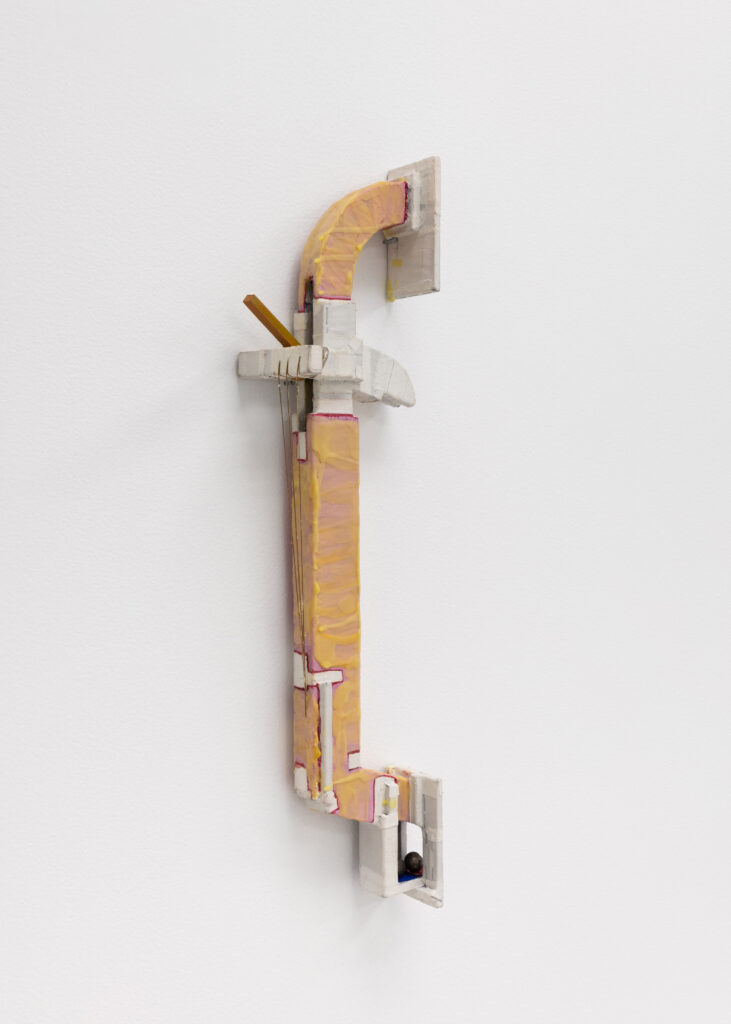 A coat hangs nonchalantly, blinds lay splayed on the floor, and a diagram for braiding hair sits alongside facts that will blow your mind.

Asma, Kroll and Lloyd focus on the familiar, the domestic, and what surrounds us in the attempt to make our environments resonate on expanded scales. Exposing the mundane and revealing overlooked aspects of the everyday, they provoke exchanges between structures and surfaces, both literally and conceptually. Through assemblage, Asma’s transformation of materials, Kroll’s modular mechanisms, and Lloyd’s multimedia collage-drawings uncover the disfunctional order of things.

Their explorations, like fetishists’ realizations of their fantasies, navigate the poetics of ambiguity. They strategize phantasmagorical sublimations of their own observations.

The works exist within myth, distopia, and epiphany. Layer upon layer, skin manifests as a protective membrane, a sensitive sealant, a social envelope that is subject to violence, and a mysterious incarnation.

The line between fiction and reality is an illusion, and irony obscures it.

Chris Lloyd (b. 1994, Albuquerque, New Mexico, USA) is a multimedia artist and photographer based in Brooklyn, New York. He plays with themes of nostalgia and personal narrative by manipulating and layering found material. His collaborative works with Sara Yukiko Mon is currently on view at Gern en Regalia, New York (USA).