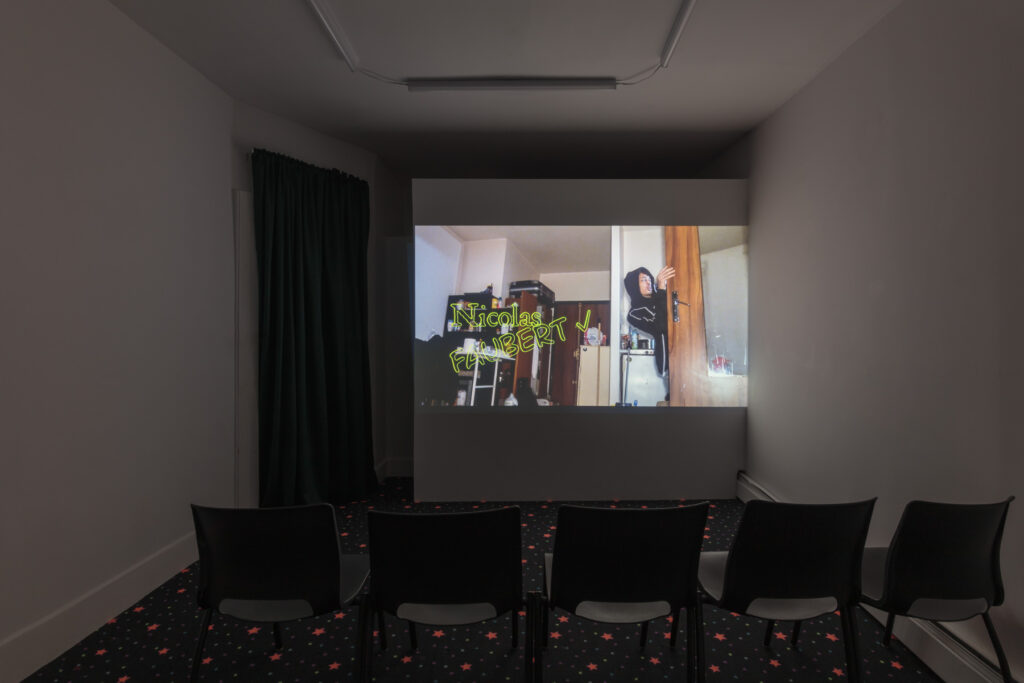 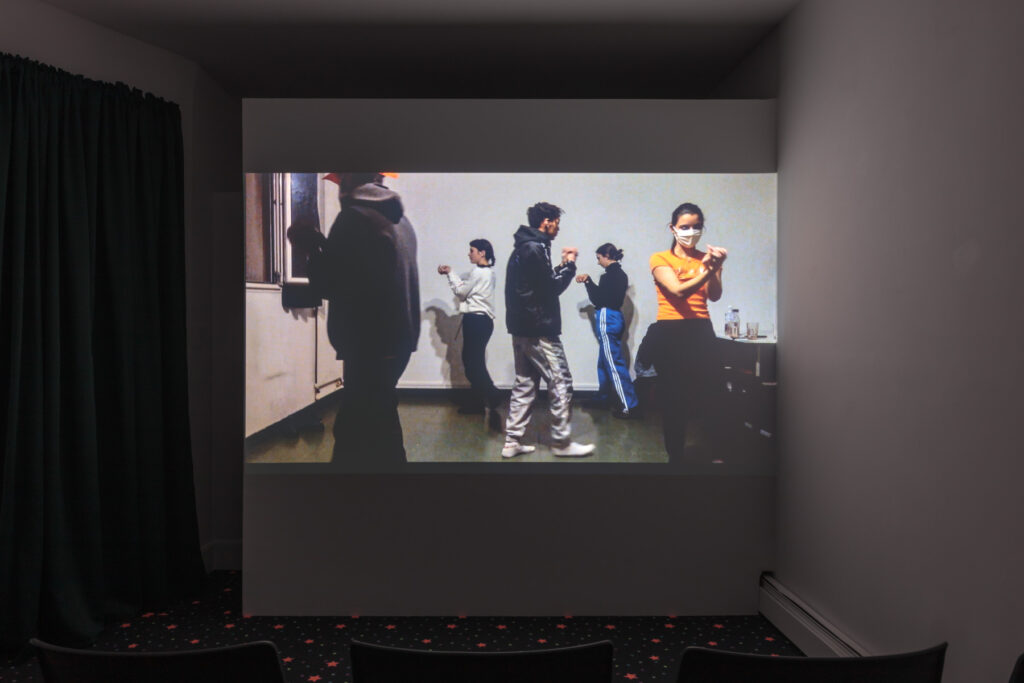 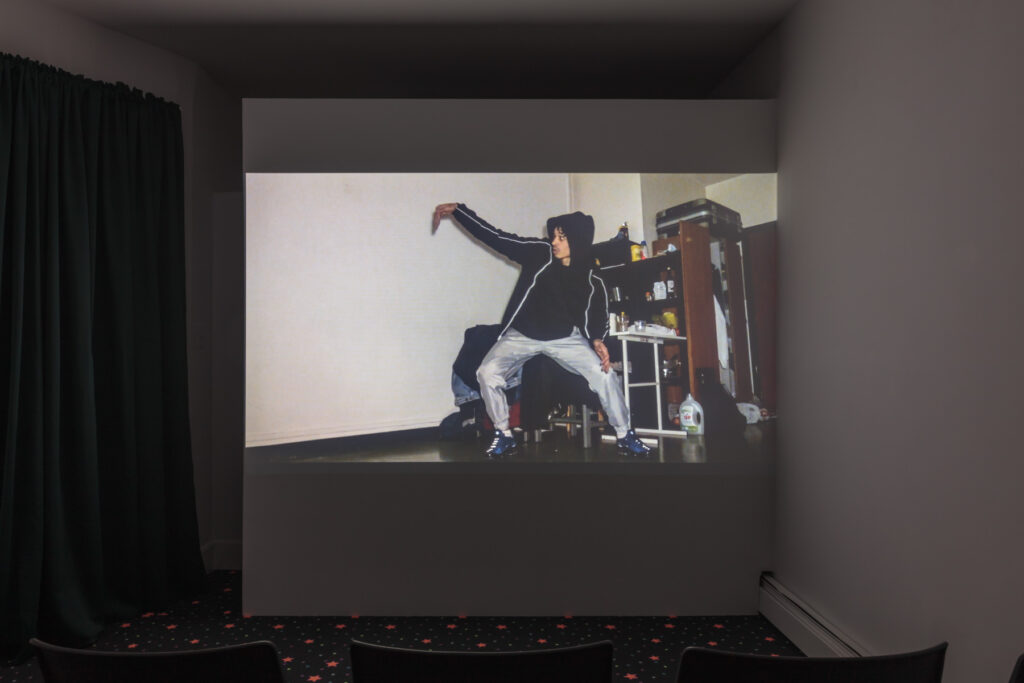 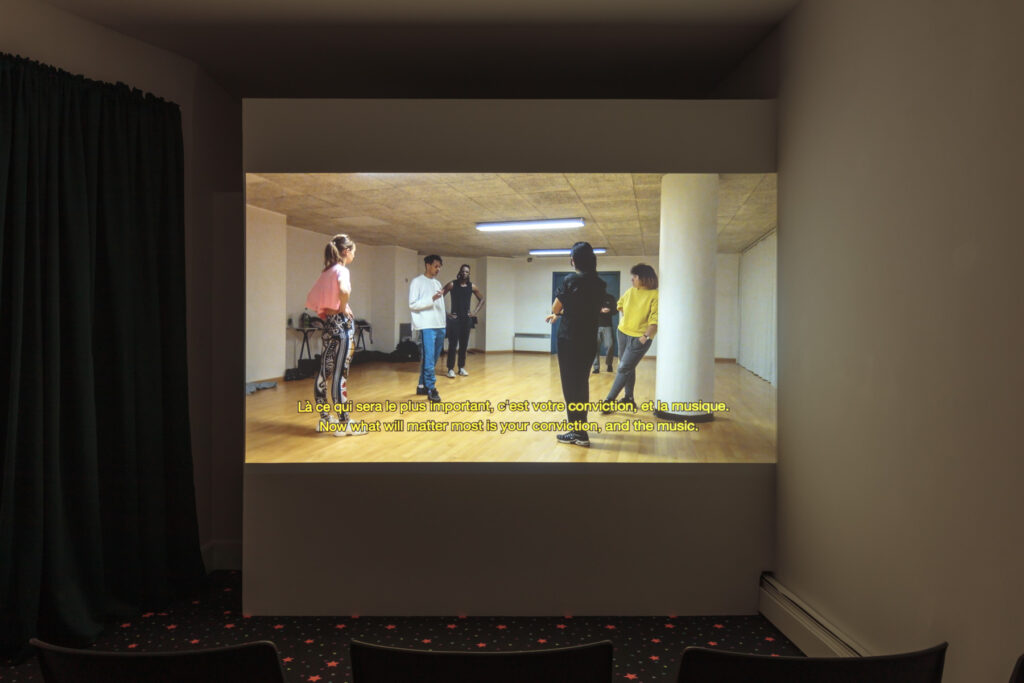 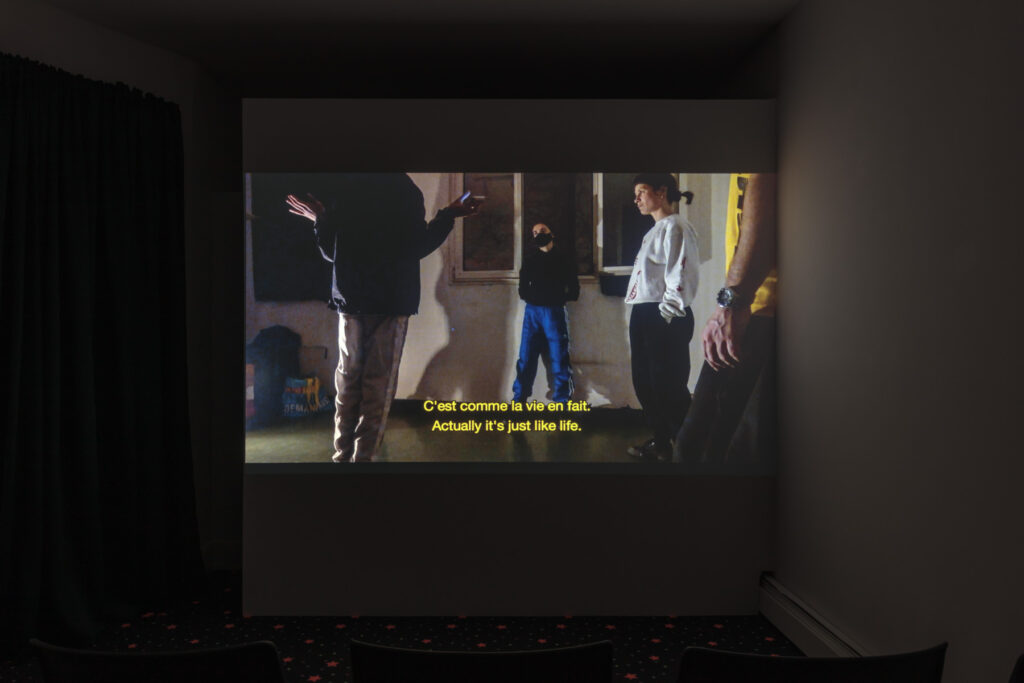 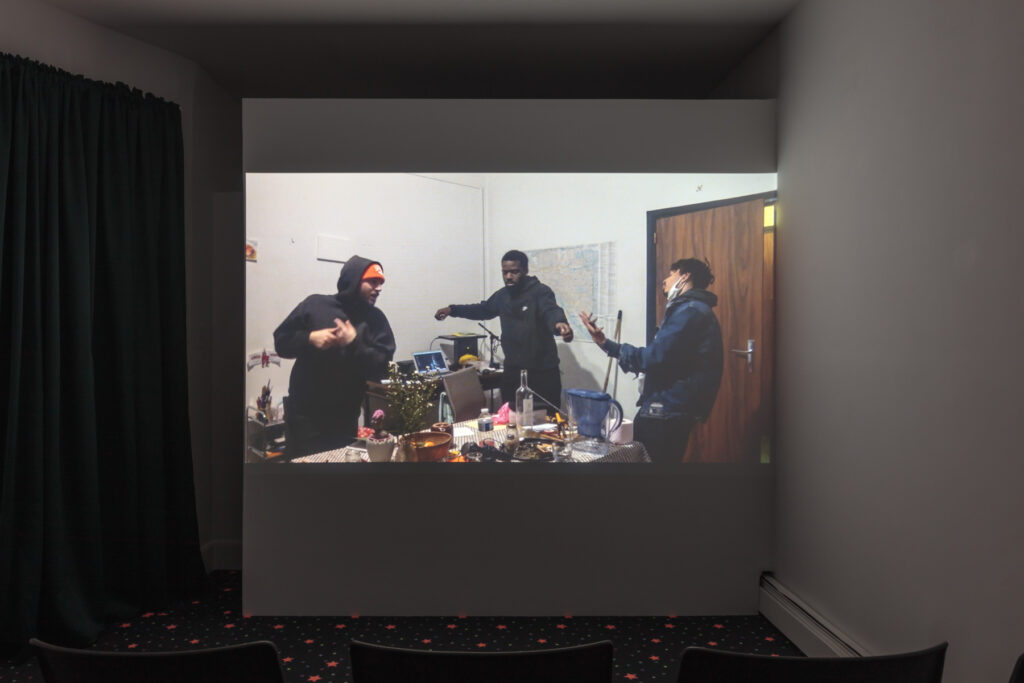 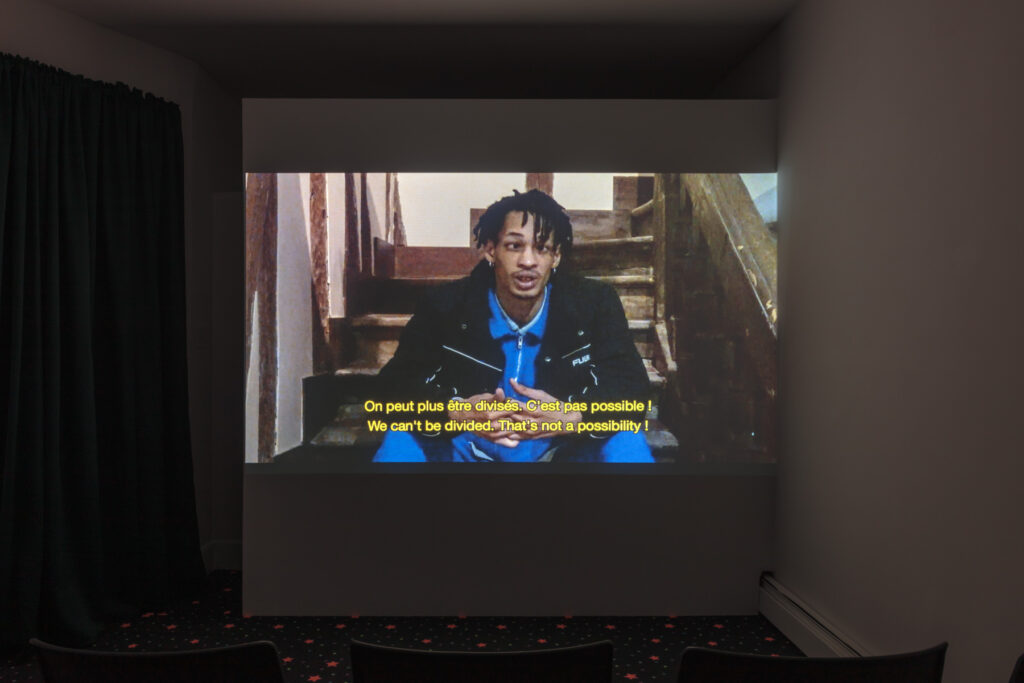 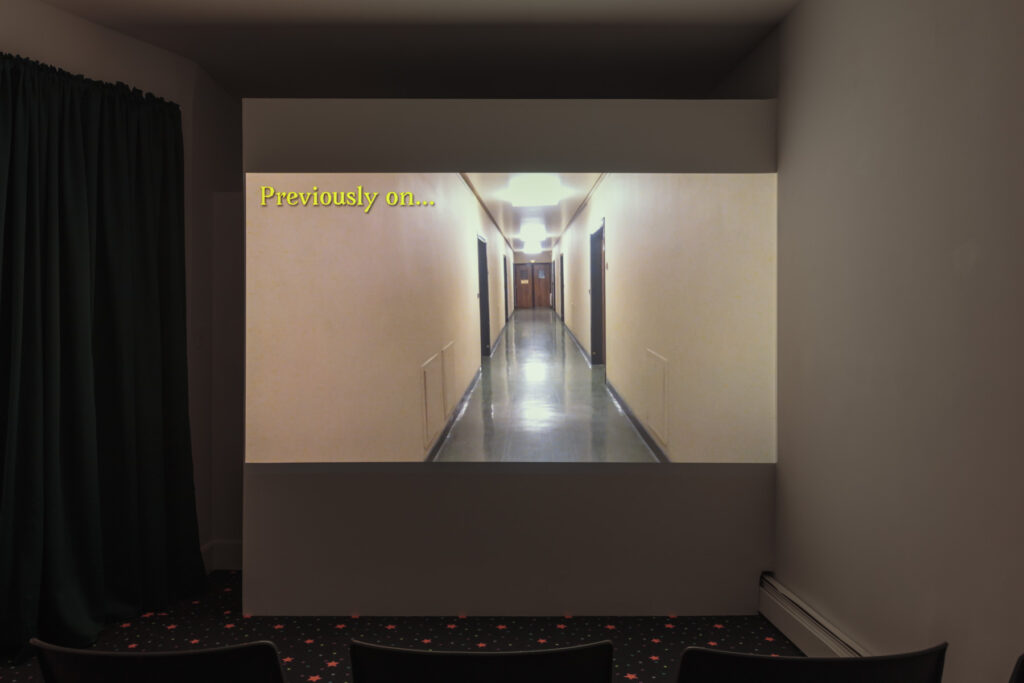 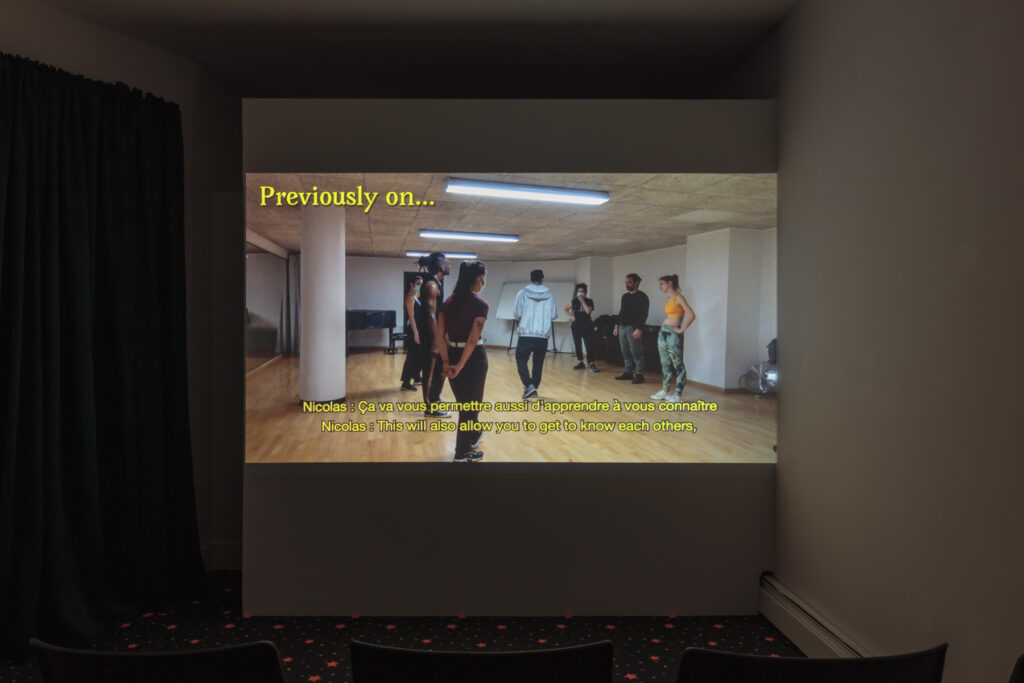 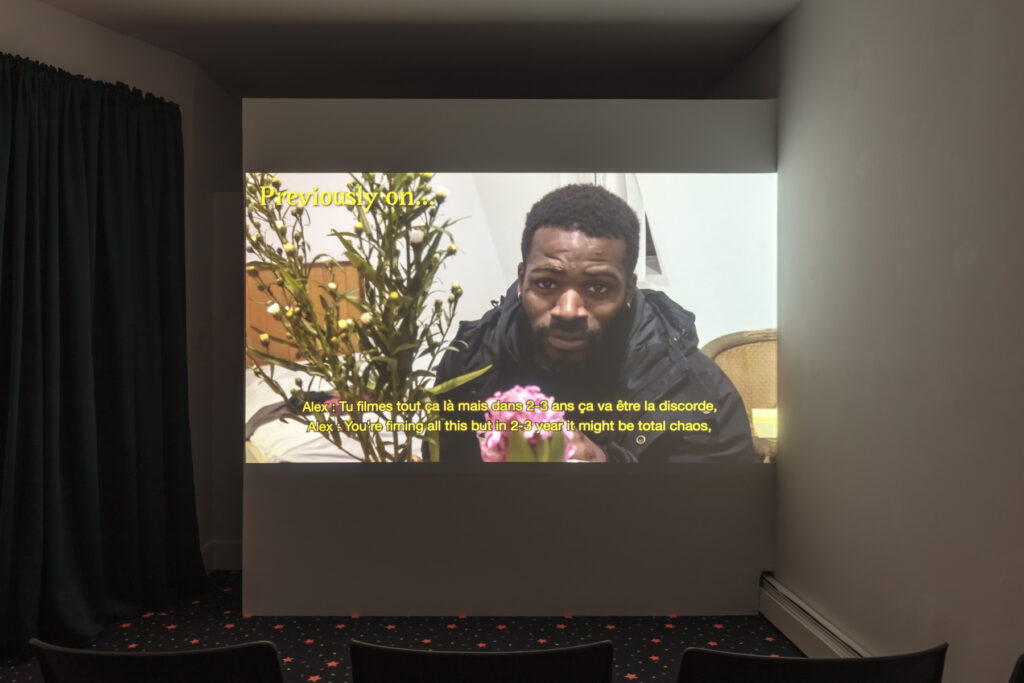 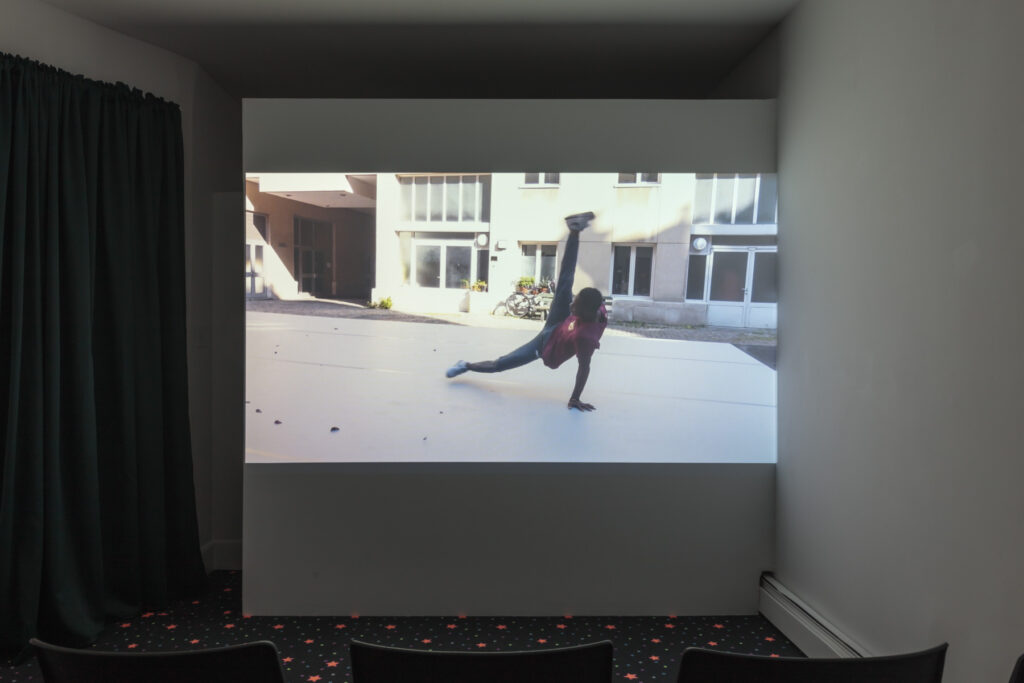 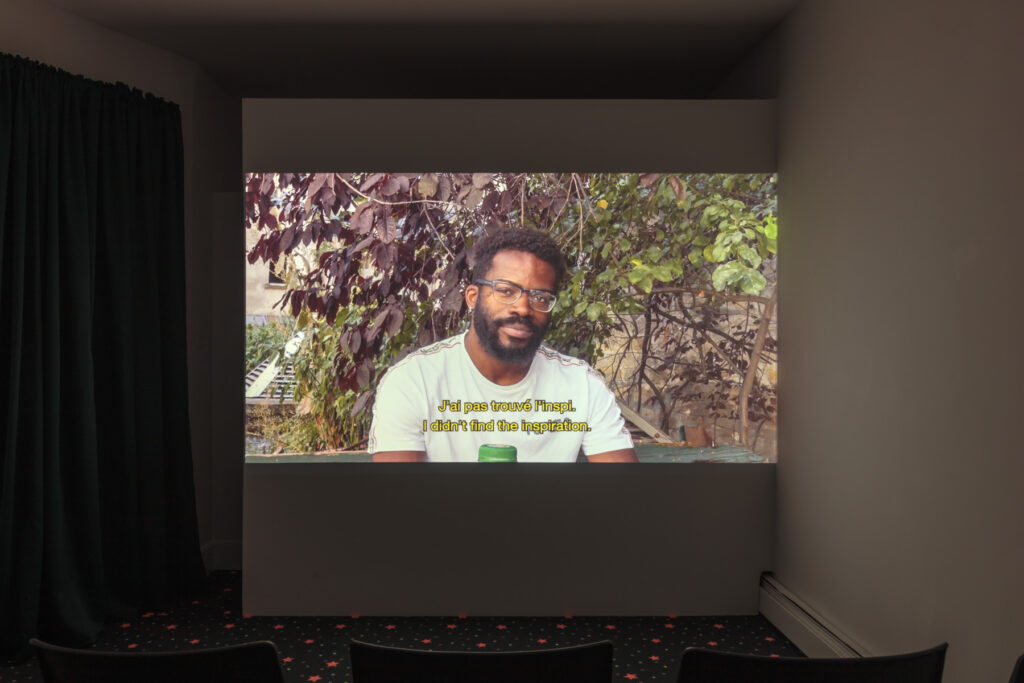 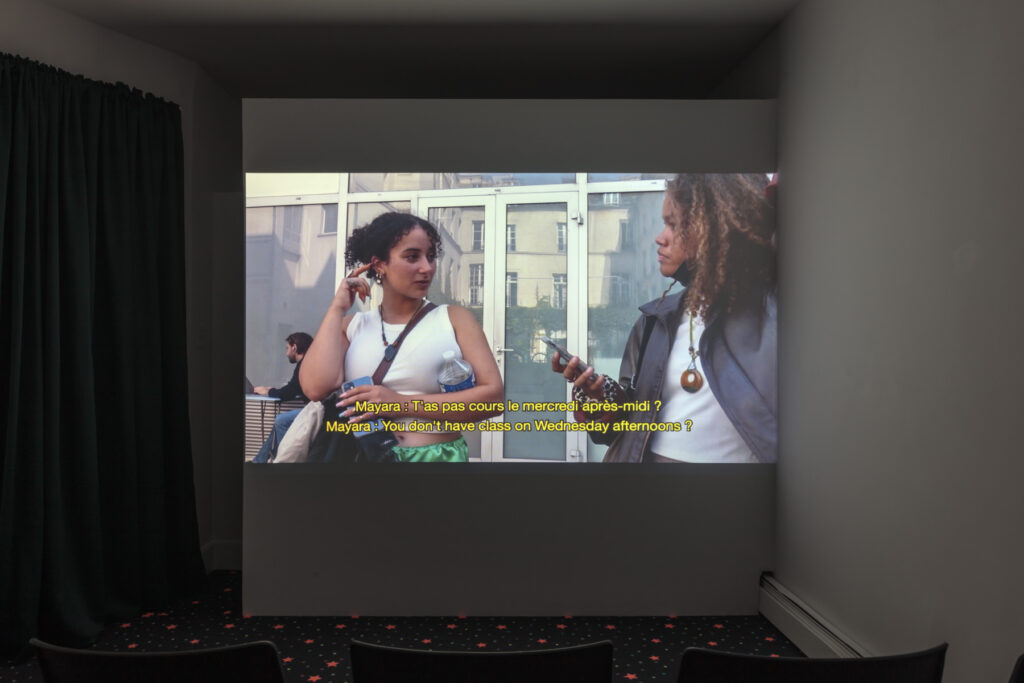 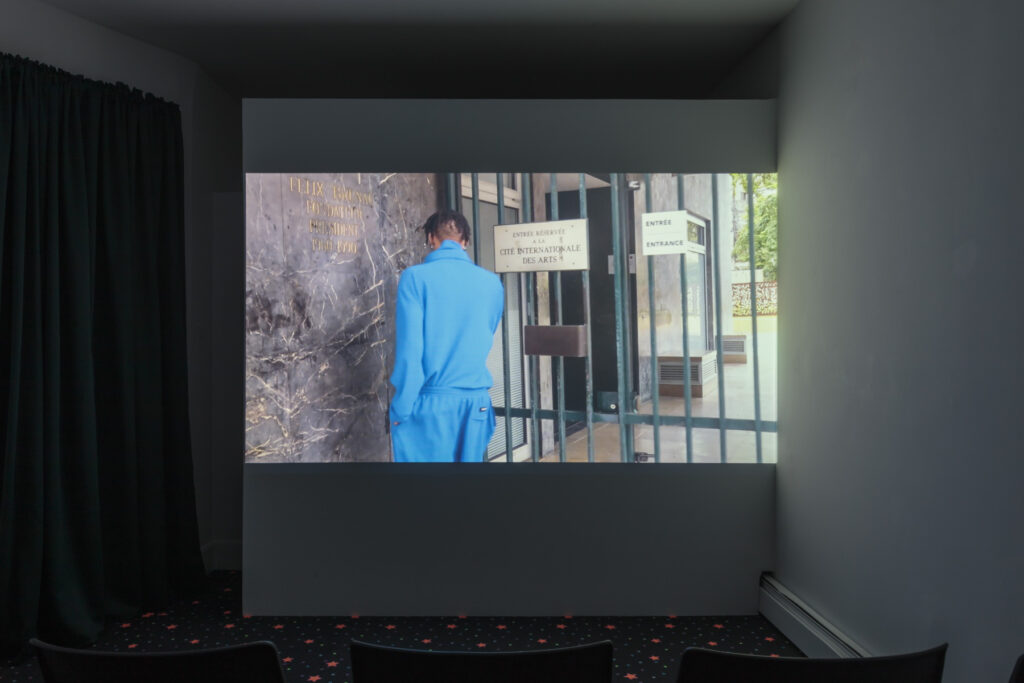 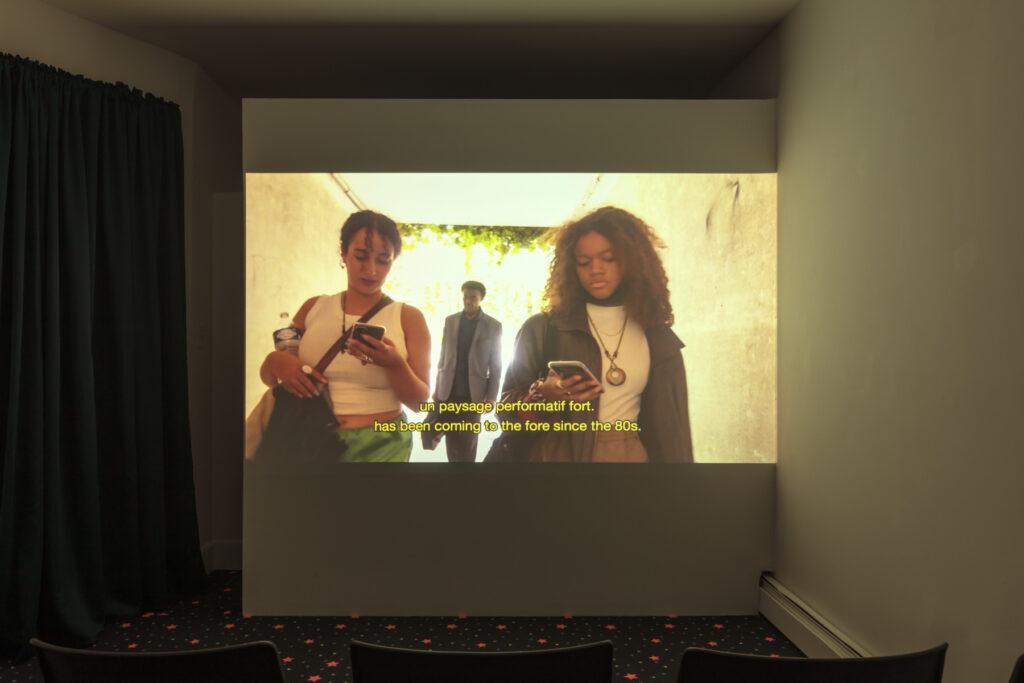 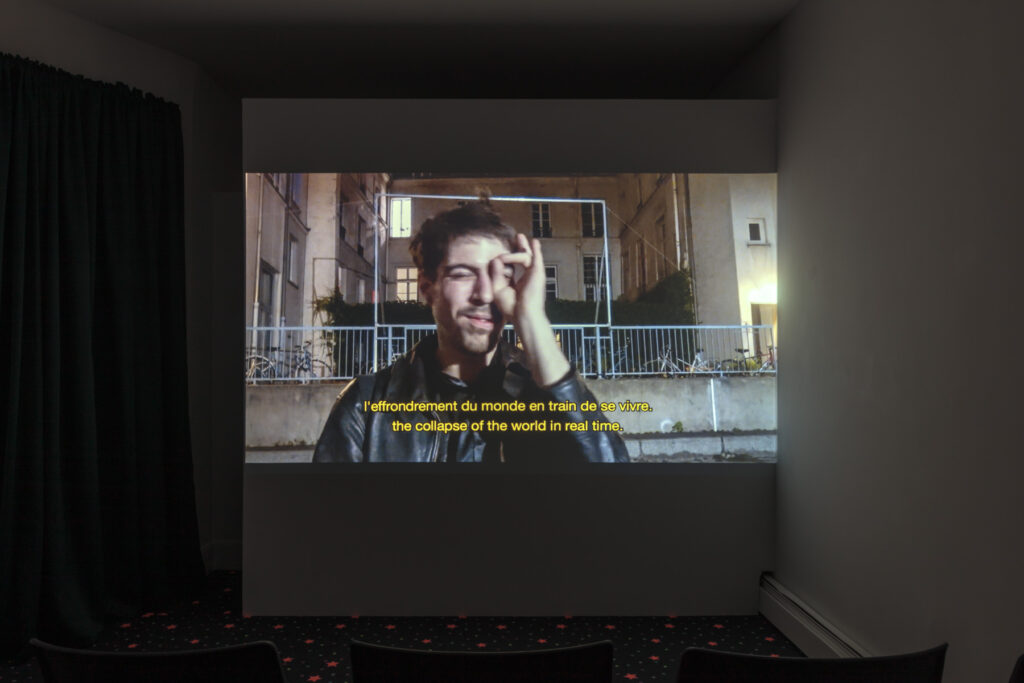 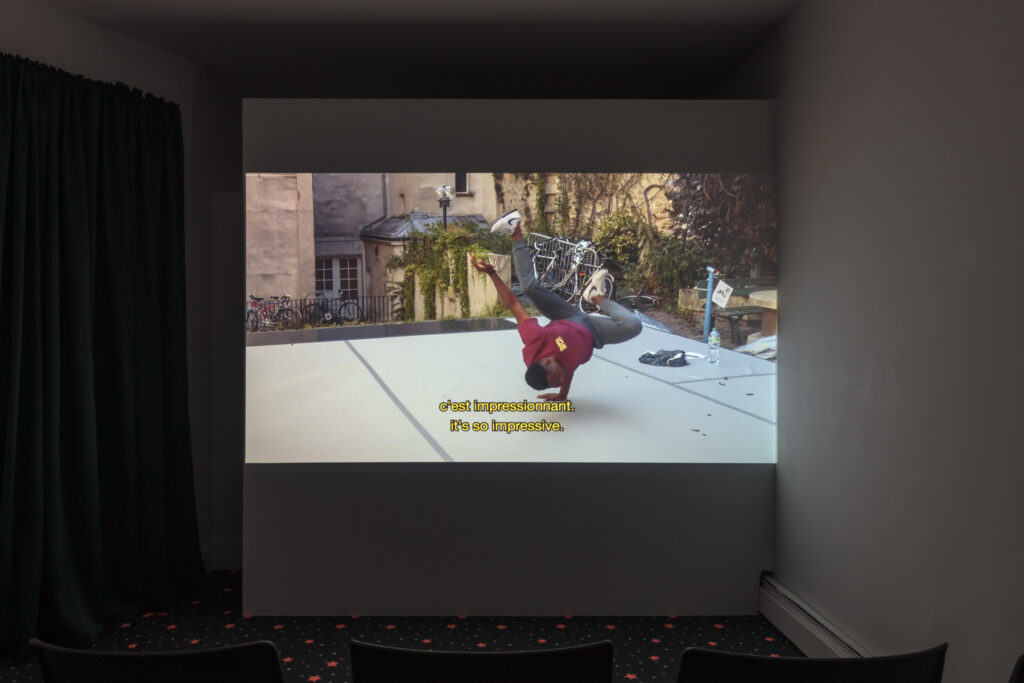 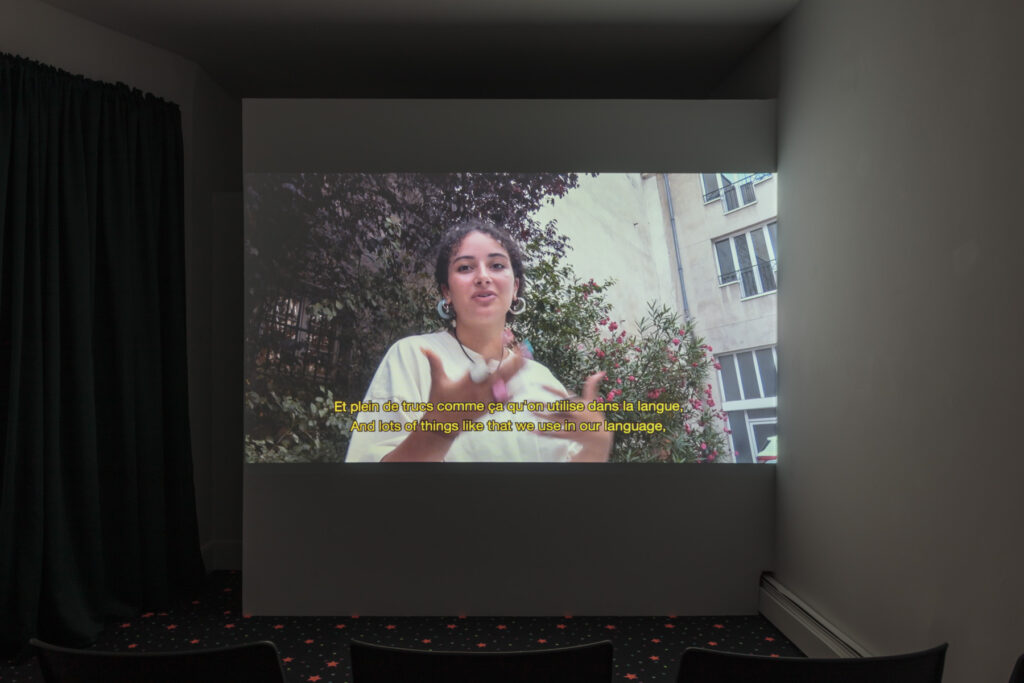 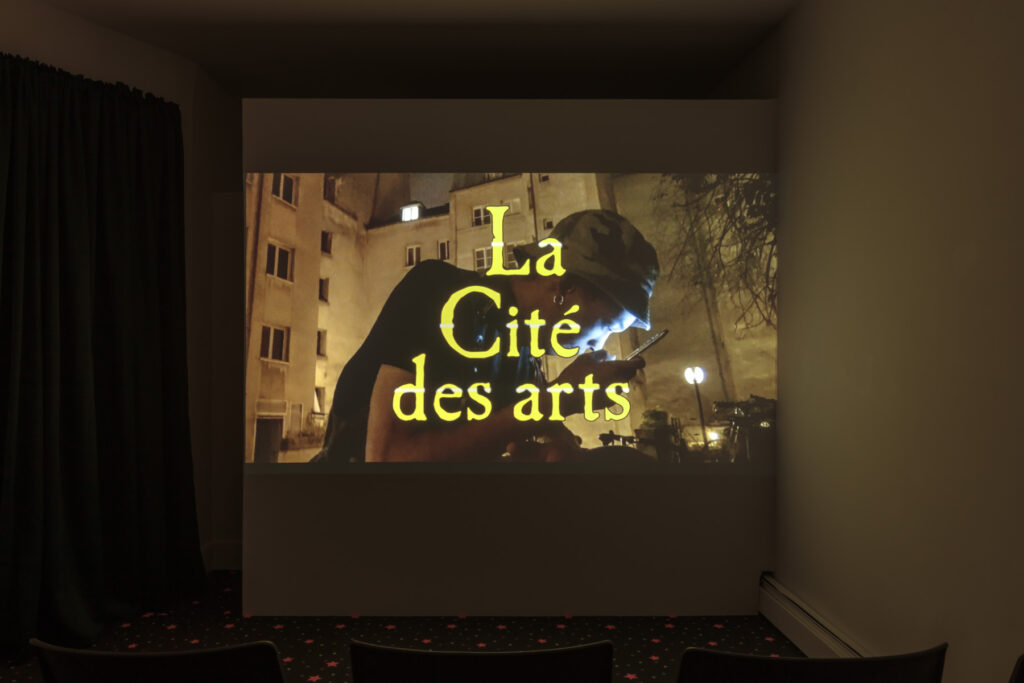 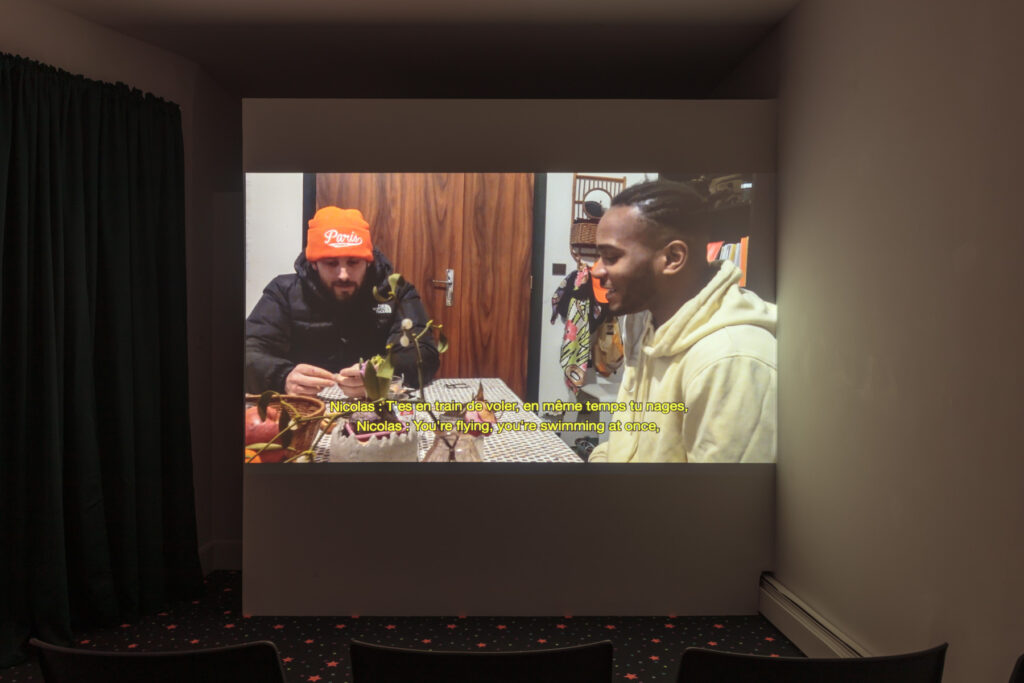 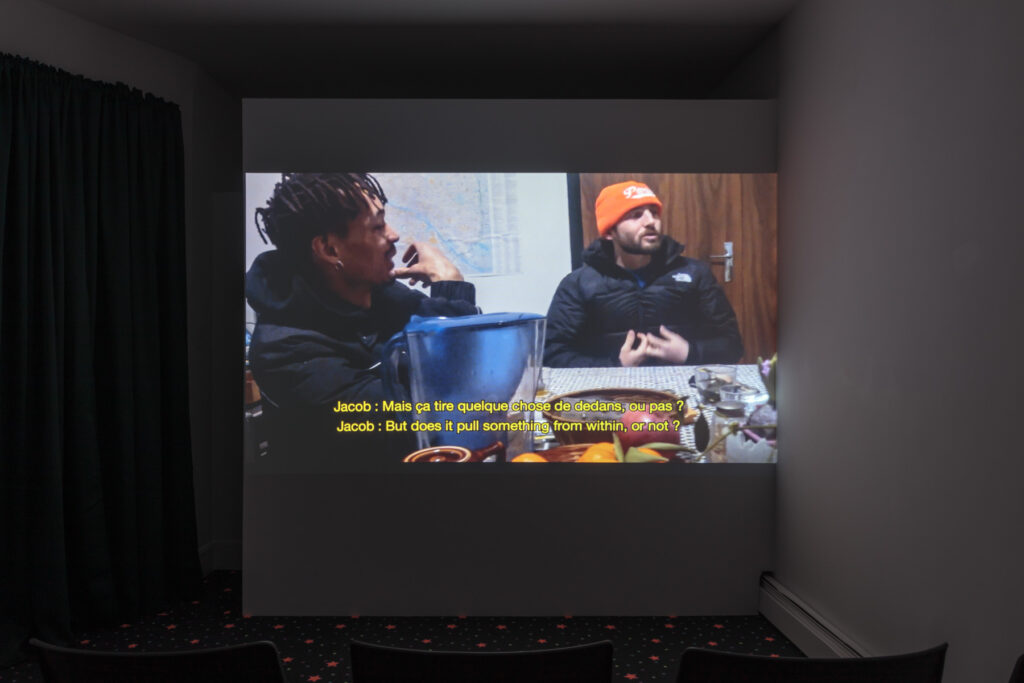 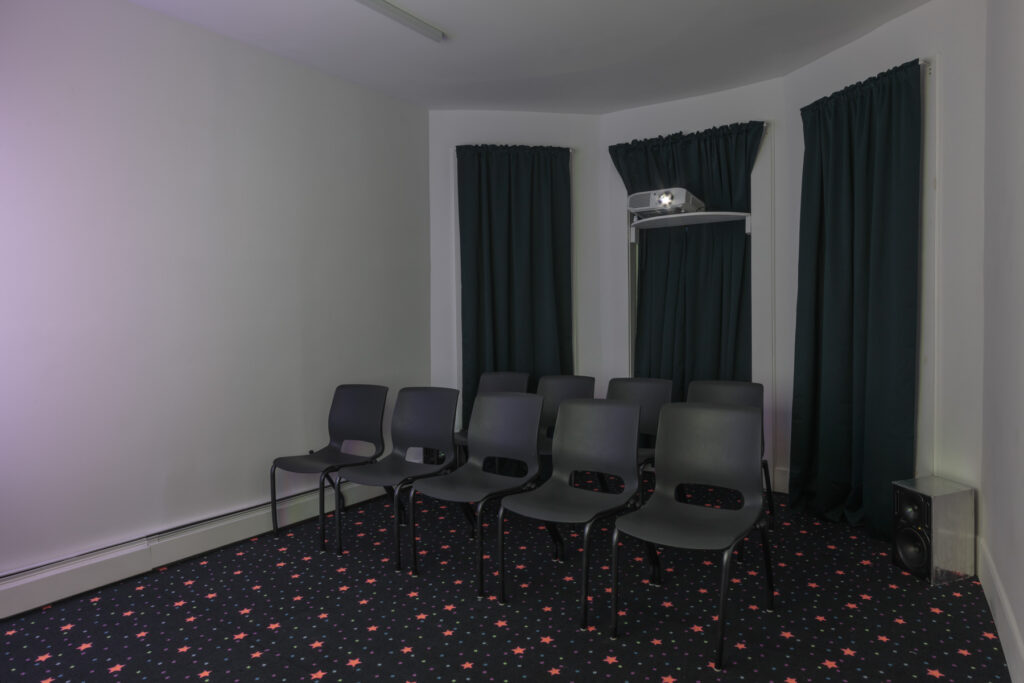 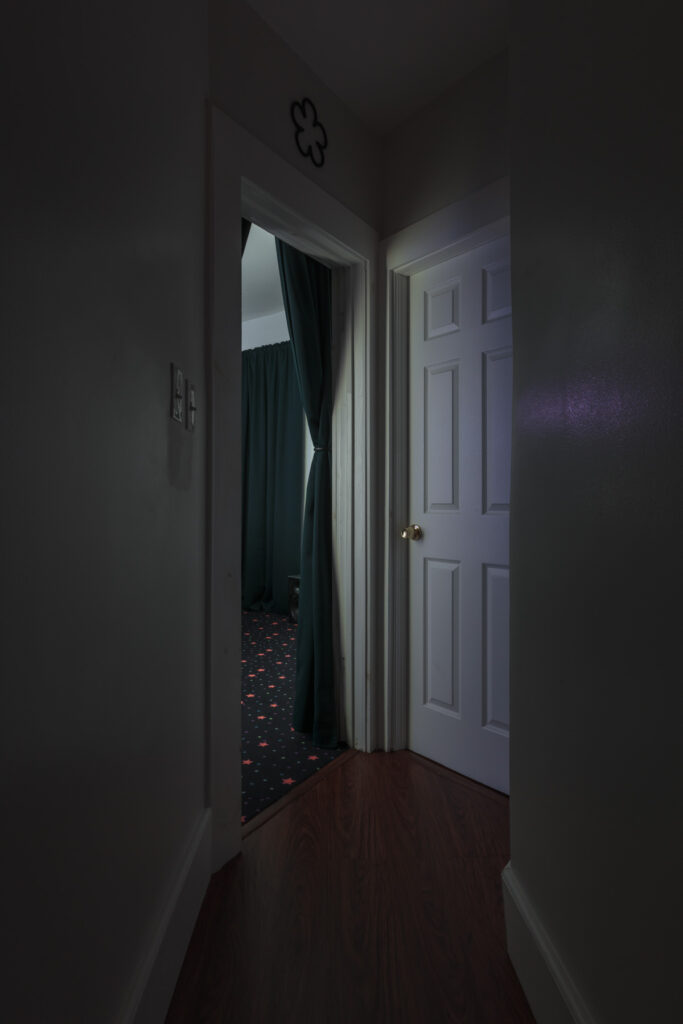 The Cité Internationale des Arts is an artists’ residency program founded in 1965 in the center of Paris. Its grounds were once a densely tangled working class neighborhood, declared insalubrious in 1921 following several cholera epidemics. Now, at any given time, three-hundred artists from around the world populate its studios and courtyards.

This is where Mona Varichon, a 2020-2021 resident, met dancer and artist Nicolas Faubert. They exchanged greetings in the corridors, and Nicolas invited her to a late hip-hop training session in one of the Cité’s dance studios. She went with her partner, the artist and CUNY Law student Jacob Eisenmann, and they freestyle danced in a cypher surrounded by Nicolas and members of his hip-hop family. From then on, the three of them met daily in their studios to discuss their experiences with art, dance and the outside world, and tried to teach each other what they knew.

The bustling life inside the Cité contrasted with the stillness of the exterior world: due to the pandemic, borders were shut, Parisians were confined after 6pm, and all art and performance spaces were closed. Meanwhile, Nicolas was busy organizing dance workshops, plotting collaborations with numerous residents, and inviting dozens of dancers from the hip-hop community to use the Cité’s facilities to gather and train.

Mona filmed daily to capture this period in their lives and in the history of the Cité; this footage became La Cité des arts. Currently at five episodes, the series follows them and their friends through the allegorical schema of The School. Referred to as The Teacher, Nicolas explores alternative, intuitive and horizontal ways of learning. His students are encouraged to let go of shame around their bodies moving in space, to trust their senses, and to be highly in tune with music. Humorous, existential and political interludes of dialogue offer context to the tense social climate within which the videos were produced.

La Cité des arts opens with an establishing shot of the Notre-Dame cathedral from the window of Mona’s studio, followed by glimpses of a protest against increased police power. The clichés of France are alluded to, but resisted. Instead, a real picture of France is transmitted by giving voice to a succession of characters and events. Borrowing codes and conventions from broadcast television and documentary, the series transforms the lives of its cast into a cinéma-vérité reality show. Mona allows her subject-collaborators to speak and move freely, and even turn the camera on each other. She does not privilege the camera: the action that unfolds is what is important.

For her exhibition, Mona has transformed april april’s apartment gallery into a small movie theater, and has invited two artists with strong ties to NYC to show some of their films alongside hers. The guest screening schedule will be announced soon.

Guest Screenings
Mona has curated two screenings that resonate with themes of friendship, community-building, faith and collective artmaking in La Cité des arts. The films for both screenings were all made within the context of New York City and aim to create a bridge between La Cité des arts and some of its New York counterparts.

The selection of works by Marie Losier for this screening focuses primarily on her friends and mentors the Kuchar brothers. Raised in the Bronx, NY, Mike and George Kuchar made their first films as teenagers in the 1950s and came to prominence within the underground film scenes of New York City and San Francisco in the 1960s and 1970s. A short introductory video pre-recorded by the artist will be screened prior to the films.

Marie Losier (born 1972 in Boulogne-Billancourt, France) moved to New York City in 1994 as a young literature graduate and painting student, and stayed for 23 years as a film curator and filmmaker. Inspired by the many avant-garde artists turned welcoming friends that she met in the underground scene, she became known for making film-portraits that are both documents and odes to the lives of their subjects–which include artists and musicians Alan Vega, Genesis Breyer P-Orridge, Guy Maddin, Richard Foreman and Tony Conrad. Although made by a French artist, these films conjure a rich and intimate portrait of North-American counterculture.

For this screening, Mona has invited Marie Losier to show her very first short film, shot in a Manhattan church, and her film-portraits of underground filmmakers Mike and George Kuchar, whose work and friendship inspired her to start making her own films. Shot beautifully on 16 mm amid surreal handmade sets and costumes, the films deploy a whole range of feelings to bring to life the imaginary worlds of George and Mike : love, passion, sensitivity, gravity, euphoria, and fun. With dazzling poetry and inspired camaraderie, the portraits radiate with possibilities beyond what the eye can see as the characters, her friends, seem to transform and escape their own body to reveal their personality.

Marie’s films, drawings, installations and performances have been shown in numerous exhibitions, retrospectives and screenings at film festivals, museums, biennials and art galleries worldwide, and she was a resident at the Cité internationale des arts in 2015 shortly after moving back to Paris. She is also the coordinator and director for first year MFA cinema students at LA HEAD in Geneva, Switzerland, where she teaches 16mm filmmaking and Foley Art.

On the occasion of the screening series, Mona has invited American artist Genevieve Belleveau to produce a video revisiting a series of metatheatrical church services formerly hosted in her Brooklyn, NY garden. The project subverted the norms of religious service, offering alternative ways of making community with art as the catalyst.

The Church of gorgeousTaps and the Reality Show TikTok Retrospective, 2023, video, color, sound, 13’ 04’’

Genevieve Belleveau (born 1984 in Bemidji, Minnesota) is known for her critically acclaimed conceptual and performative works which take the whole of everyday life as their raw material, transforming experiences into curious and complicated social sculptures. After graduating from art school in 2008, she moved to Brooklyn where she supported herself driving an ice cream truck and consolidated her multidisciplinary online and IRL art practice, encompassing live performance, objects, writing, video, photo, and new media investigations. From 2009 to 2011, she ran The Church of gorgeousTaps and the Reality Show, a Sunday gathering in the backyard of her Greenpoint apartment. Drawing on traditional church services, this ongoing performance created an inclusive hub for artists and others to come together in singing, listening, meditating and mingling.

For her screening at april april, Mona has invited Genevieve to revive archival material from this project and explore it through a new video created for her TikTok account. On her TikTok account, Genevieve explores how the immediacy of online formats can create an alternative model to institutional retrospectives and forge an interactive call-and-response with a broad, intergenerational audience. She currently resides in Los Angeles, and co-creates Sacred Sadism, a research project focused on hierarchies of power and plant life.

This exhibition was produced with the support of Villa Albertine in partnership with the French Embassy.
Poster design by Molly Dauphin.

Mona Varichon (b. 1989 in Paris, France) is an artist and translator based in Paris. She recently presented performances at the Centre Pompidou (Paris, France) and the Capc musée d’art contemporain (Bordeaux, France), both times in collaboration with Nicolas Faubert. Together, they have led video and dance workshops for youths and adults in various French and European institutions. Mona’s films and photographs have been shown at The Vanity Gallery, the Redcat Theatre and the Echo Park Film Center (Los Angeles, CA), The Egyptian Theater (Hollywood, CA), Alienze (Vienna, Austria), the Sifang Art Museum Satellite (Shanghai, China), the National Gallery (Prague, Czech Republic) and on The Renaissance Society’s Renaissance TV (Chicago, IL). In January 2023, the artist Laura Owens invited her to be a resident at the Studio of the South in Arles, France. She is currently translating the memoirs of American artists George and Mike Kuchar into French, to be published with her imprint Varichon & Cie.

Nicolas Faubert (b. 1991 in Libreville, Gabon) is a performer, artist and educator trained in classical dance, hip-hop, New Jack Swing, New School, popping, house, locking and breakdance. Faubert has recently performed at the Centre Pompidou, the Théâtre du Châtelet and Balice Hertling (Paris, France), the French Pavilion and the Diaspora Pavilion at the Venice Biennale (Venice, Italy) and the Musée Olympique (Lausanne, Switzerland). Aside from collaborating on projects with artists such as Laure Prouvost, Gabriel Moraes Aquino and Agata Ingarden, he is a community organizer for the non-profit Heart Street in Normandy, and leads freedom through movement workshops at the National Institute for the Blind in Paris.

Cassandra Cassandra was founded in 2019 as a not-for-profit gallery in Toronto with a focus on creating dialogue between Canadian and international artists. After organizing exhibitions and publishing an artists’ book, it is now operating as a roaming curatorial platform and is based in Saint-Ouen-sur-Seine, France.